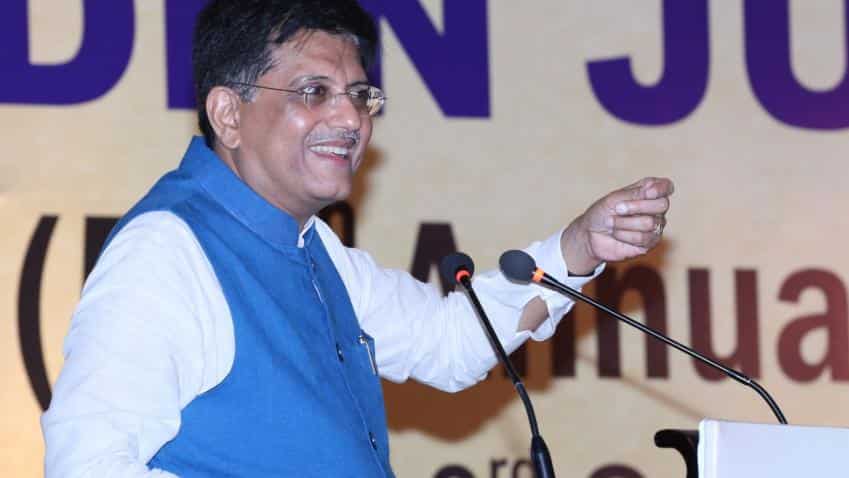 Speaking at the gathering of industry stalwarts from the energy sector, Energy conclave, 2016 – Securing India’s Green Future on Wednesday, Goyal stated the importance of striking a balance between the conventional & renewable sources of energy.

“Goyal expressed happiness to see renewable energy taking centre stage in discussions on power sector recently. He noted that it is of prime importance to achieve the goal of ‘One Nation, One Grid, One Price’ at the earliest and create a robust transmission grid network where affordable power is seamlessly available to the common man throughout the Nation, at one price,” Ministry of power said in a statement.

The Minister pointed out that the government, has made the solar power target five times to 100 GW by 2022.

He informed the gathering that by consistent efforts made by the government the prices of solar energy have come down by 40% in just 18 months.

Hydro and wind energy talks with international gas suppliers are on, he added.

Teesta and Subansiri projects that are experiencing time and cost over runs will be moved forward with governement intervention, Goyal stated.

The vision of One Nation, One Grid, One Price was to provide power at the same rate of Rs 4.4 per unit without interfering with its quality.

Speaking about the initiatives taken in the coal sector, the Minister spoke of the collaboration with IITs and research labs abroad to develop state of art technologies like clean coal technology, carbon capture & use, coal to gas & coal bed methane technologies, inter alia.

Goyal stated that the Ministry of Power has stopped the repair & maintenance of old thermal power plants and is concentrating on building super critical power plants in the future.

The Minister stated that in order to reduce coal imports the Ministry is talks with PSUs like BHEL, NTPC and other private sector power generators.