Stating that there has been a long-time demand of Anganwadi workers and their helpers to give them a reasonable remuneration, Jaitley said the governments in the past have always refrained from giving benefits to these workers ostensibly on revenue considerations. 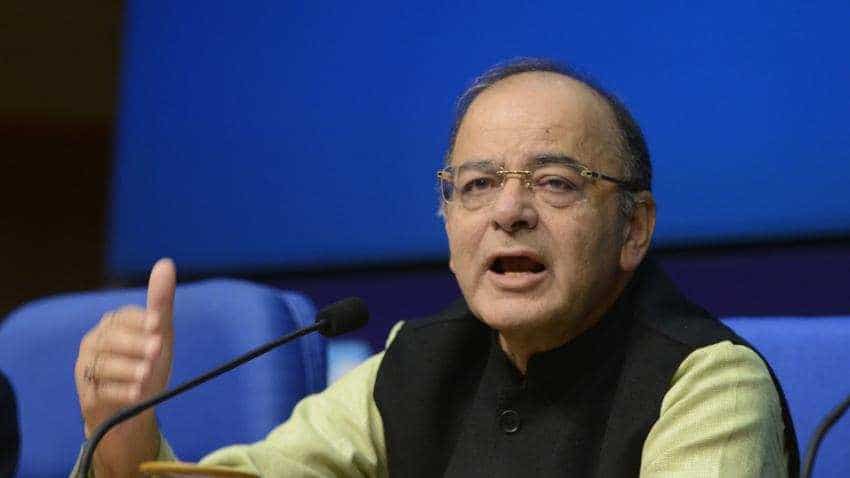 Finance Minister Arun Jaitley Saturday said the government's decision to increase the remuneration of Anganwadi and Asha workers by almost 50 per cent will go a long way in addressing the grievances of these 25 lakh workers.

Stating that there has been a long-time demand of Anganwadi workers and their helpers to give them a reasonable remuneration, Jaitley said the governments in the past have always refrained from giving benefits to these workers ostensibly on revenue considerations.

"Notwithstanding the pressure on the Budget, the Government has given almost a 50 per cent hike in the first go to these workers. This will go a long way in addressing the grievance of these workers," he wrote in a Facebook post.

Earlier this week, Prime Minister Narendra Modi had announced a hike in the monthly honorarium for Asha and Anganwadi workers from October.

These workers will also get an incentive of Rs 500 per month and Rs 250 per month respectively on the basis of the real time monitoring of performance.

Jaitley said the Anganwadi workers are the mainstay of the National Nutrition Mission.

In the post titled 'Two successful initiatives of the Central Government', Jaitley said in the past there has been a general distrust of government schemes.

"The principal reason for this is that either the benefits don't reach the targeted or that the projected parameters are never achieved. However, there are schemes with a difference. The Swachh Bharat Abhiyan is arguably the most successful one," he said.

Jaitley said when Prime Minister Narendra Modi announced the Swachhata campaign in his Independence Day Speech of 2014, the rural sanitation coverage of India was 39 per cent.

As we have completed nearly four years of the scheme, 39 per cent rural sanitation coverage has increased to a phenomenal 92 per cent. This was not an easy goal to achieve and this involved a behavioural change of the people, Jaitley said.

He said when the Prime Minister announced a target that India be made 'open-defecation free' when we celebrate 150th birth anniversary of Mahatma Gandhi in 2019, some believed that the scheme would be a photo-opportunity with very little progress. But it turned into a 'people's movement'.

"... This 'people's movement' has today transformed into a 'women's movement' with rural women playing a leading role in the programme. We all knew that the dignity of women demanded the privacy of toilet.... This scheme will go a long way in improving the quality of life of India's rural population, particularly women," Jaitley said.

This is for the first time that the subject matter in the toilet construction campaign has taken central stage of the national agenda, he said.

"With rural roads, rural electrification, rural Awas Yojana, toilets and a cooking gas connection with foodgrain provided at a modest cost, the quality of life of India's rural poor will get a quantum jump," he said.

Additionally, when the Ayushman Bharat scheme, which provides up to Rs 5 lakh per family per year as hospitalisation expense, is fully implemented, this will change the quality of life of India's rural population, Jaitley said.