Relief for AAP; MLAs disqualification stopped by Delhi HC; big boost for CM Arvind Kejriwal, but for Alka Lamba, 19 others, there is a catch 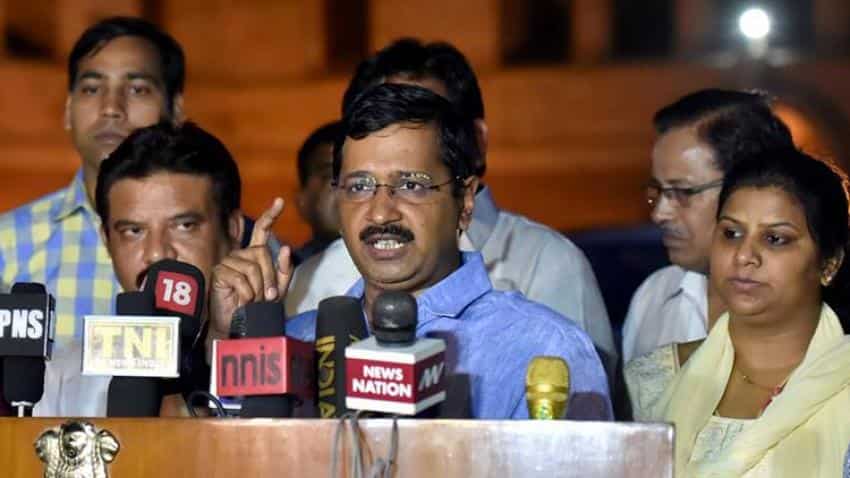 Office of profit case: A Delhi high court bench comprising justices Sanjiv Khanna and Chander Shekhar wrapped up hearings in the case on February 28, reserving the judgment after MLAs, the EC and other parties had submitted their stand. Image source: PTI
Written By: ZeeBiz WebTeam

In a big relief to 20 AAP MLAs in the office of profit case, the Delhi High Court today has restored their membership even though they were disqualified by Election Commission. While this has come as a big boost for Chief Minister Arvind Kejriwal, there is a catch! The has been referred case back to Election Commission (EC) by HC. Earlier on January 19, the EC had recommended the disqualification of 20 AAP MLAs for holding offices of profit. Two days later, President Ram Nath Kovind approved the disqualification.

It may be noted that a Delhi high court bench comprising justices Sanjiv Khanna and Chander Shekhar had cwrapped up hearings in the case on February 28, reservin the judgment after the legislators, the EC and other parties had submitted their stand.

Watch this video on AAP budget

The plea against the EC order was that they were not given a chance to explain themselves. They had submitted, “It is also that even a temporary government employer cannot be removed on the grounds of misconduct without holding a full-fledged inquiry. However, in the present case, the members of the legislative assembly were removed without holding a full-fledged inquiry and without giving them an opportunity to explain if they ever held any office of profit.”