Reliance Industries Q4FY19 result looming, should you buy? This is what you should do

Reliance Industries will be announcing its Q4FY19 result tomorrow, hence, the stock will be in focus for investors. On Tuesday, RIL share price closed at Rs 1,345.30 per piece up by 0.41% on Sensex. 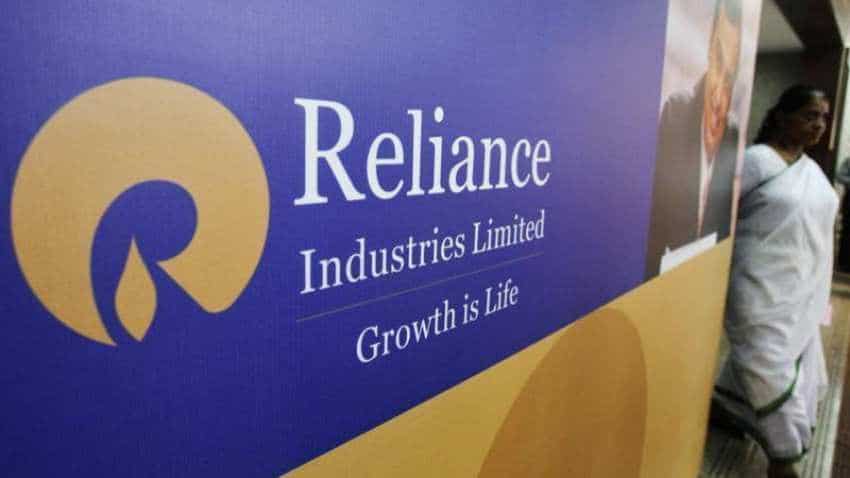 The next big thing for Mukesh Ambani led Reliance Industries would be its March 2019 quarter (Q4FY19) result announcement. RIL, which is the largest company in terms of market share in India, has been moving forward strongly in all segments of its business. Reliance Retail and Reliance Jio have expanded their presence, which has boosted RIL further, resulting in a big jump in Ambani’s wealth as well. Reliance Industries will be announcing its Q4FY19 result tomorrow, hence, the stock will be in focus for investors. On Tuesday, RIL share price closed at Rs 1,345.30 per piece up by 0.41% on Sensex. The company already touched an intraday high and low of Rs 1,359.70 per piece and Rs 1,340.25 per piece on the same day. How the result pans out will be keenly watched, but experts at Edelweiss Securities have already given a 'buy' rating on the company.

Jal Irani, Pranav Kshatriya and Vijayant Gupta analysts at Edelweiss Securities said, “With 50% share of middle distillates in the product slate, RIL will benefit significantly from the upcoming IMO regulation. We also estimate incremental contribution of USD2/bbl as the petcoke gasifier ramps up to full utilisation. We estimate RIL to have the highest GRM in India (FY21: USD14.8/bbl) due to highest share of value-added products such as propylene (USD40-50/bbl GRM). We revise up the refinery division’s EV by Rs60/share.”

The trio added, “RJIO continues to execute well with strong subscriber addition and sustained ARPU. However, we expect it to start raising prices from H2FY20 as it approaches its 400mn subscriber aspiration and sale of tower & fiber assets increases operating costs. This will lead to a turnaround in the telecom industry with revenue jumping to ~Rs2.0tn by FY22E from Rs1.4tn currently. We build Rs159 ARPU in FY22 for RJIO compared to Rs130 currently. This will drive 3pp higher EBITDA margin, leading to Rs132/share increase in the telecom business’ EV (Rs92/share equity; Rs40/share debt).”

From the current level, RIL is now expected to rise by nearly 22% ahead. RIL has already jumped over 25% so far in 2019, and also touched an all time high of Rs 1,406.50 per piece in the beginning of April month. Because of rise in RIL shares, chief Ambani’s wealth has seen significant uptick. According to Bloomberg Billionaire Index, Ambani stands at 12th rank with a wealth of $53.3 billion. His net worth has grown by $9.04 billion in less than four months. Now that RIL will touch another milestone, one can only imagine the wealth Ambani will add in his kitty. That said, RIL is still at fair price, and one can look for buy before Q4FY19 result announcement.