The RBI governor Shaktikanta Das along with Monetary Policy Committee (MPC) will be announcing India’s sixth monetary policy at around 1145 hours on Thursday. 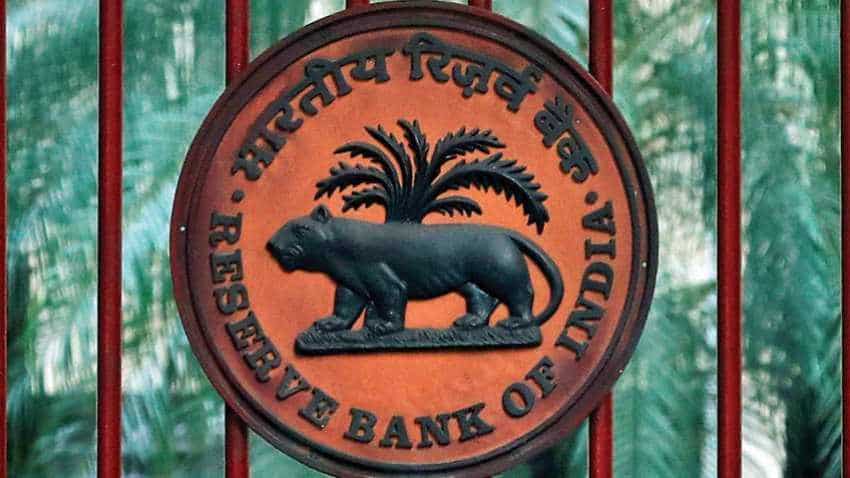 Amid the strong demand for a rate cut, the RBI is likely to keep it the same despite Consumer Price Index (CPI) or retail inflation easing. Photo: Reuters

Even though Finance Minister Piyush Goyal announced some major reforms in this year's interim budget, it is unlikely to stop a status quo picture from the Reserve Bank of India (RBI). The new RBI governor Shaktikanta Das will announced India's sixth monetary policy at around 1145 hours on Thursday after the Monetary Policy Committee (MPC) meeting. The markets have opened in green ahead of the announcement, with Sensex once again earmarking its over 37,000-levels. At around 1001 hours, Sensex was trading at 37,074.90 above 99.67 points or 0.27%, whereas Nifty 50 continued to trade over 11,000-mark for second consecutive day. The 51-scrip index was performing at 11,085.10 up by 22.65 points or 0.20%.  On the other hand, Indian rupee depreciated by 20 paise to 71.76 against US benchmark dollar index at interbank forex market.

Amid the strong demand for a rate cut, the RBI is likely to keep it the same despite Consumer Price Index (CPI) or retail inflation easing to 18-month low at 2.19% in December 2018. The Central bank would rather wait for the outcome of general elections later this year.

This time’s budget was as expected: pro-growth, pro-middle class and most importantly pro-farmers. Right from loan facilities to taxpayers income tax rebate above Rs 5 lakh was announced. However, the real spoilsport for RBI is public sector borrowings and fiscal slippages.

In Budget 2019, the fiscal deficit target is pegged at 3.4% of GDP for FY20. This is a gradual rise from FY19 provisional target of 3.3%. "We would have maintained fiscal deficit at 3.3% for year 2018-19 and taken further steps to consolidate fiscal deficit in year 2019-20," the finance minister said in his budget speech.

Kaushik Das, Chief Economist said, “We see risk of the FY20 fiscal deficit touching 3.6% of GDP vs. the budget estimate of 3.4%, unless expenditure compression is implemented in other nonessential items. We also see some risk of the FY19 fiscal deficit rising to 3.5% of GDP, as the actual direct tax and disinvestment proceeds turn out to be lower than revised estimates.”

Further, an announcement in regards to gross and net market borrowings which were at Rs 7.1 lakh crore and Rs 4.7 lakh crore accounting 67% fiscal deficit, was made. Additionally borrowing of Rs 32,500 crore including treasury bills of Rs 8,000 crore is expected to take place in next two months.

Das explains that, while  fiscal consolidation has stalled since FY17, the quality of consolidation has also suffered, as indicated by the revenue deficit/fiscal deficit ratio. This ratio which reflects quality of fiscal spending had improved to 59% in FY17, but has deteriorated post that (increasing to 75% in FY18).

In this environment, Das says, “we would expect fiscal risks to persist for a prolonged period, with non-trivial risks of large market borrowings continuing to be a drag on sentiment.”

"We think RBI will become cautious, especially given the higher-than-expected market borrowing announcement, which in our view will have further upside risk, if a new populist government were to come to power over the next few months," he added/

“With the budget already looking to stimulate private consumption across various sectors of the economy, we see no need for RBI to cut interest rates at this juncture,” added Das.

That said, Deutsche Bank expects, RBI to change its stance to neutral, but the authorities will also likely note about the still-elevated core inflation dynamic and the risk to fiscal at the state and central level, thereby providing an overall balanced guidance to markets.

MPC members like Viral Acharya and Dr Pami Dua have highlighted in December policy that, fiscal slippages would have a bearing on the inflation outlook.

Even analysts at Kotak Institutional Equities said, “We expect the MPC to be cautious on the inflationary impact of the budget even as fiscal slippage seems manageable. The MPC might raise concern on the quality of expenditure, especially when the borrowings (government and public enterprises) have increased significantly.”

Hence, budget once again creates a case for cautiousness in RBI’s policy. However, whether Das chooses for an early bird act and decides to cut repo rate will be keenly watched.