RBI Rate Now: Many believed a status quo in this RBI monetary policy for a host of reason including core inflation, fiscal slippages, etc. 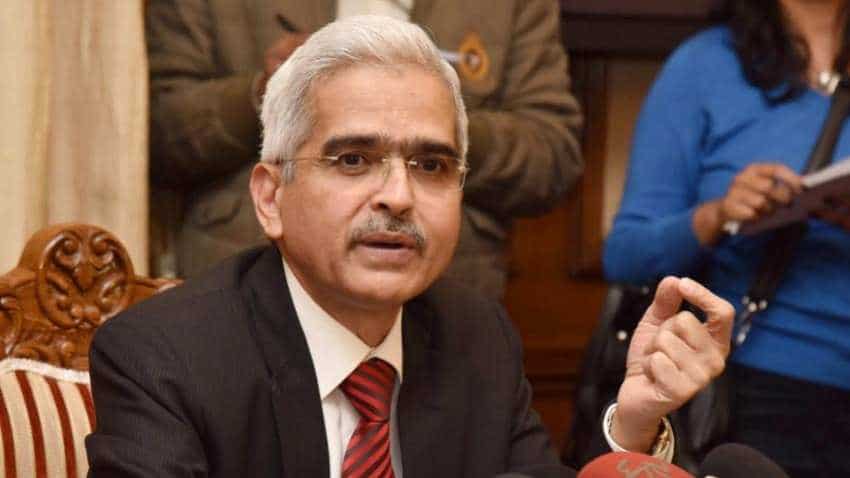 RBI Rate Now: RBI Governor Shaktikanta Das had his way today, after all! Much to the surprise of experts, investors and markets, he has managed to cut policy repo rate by 25 basis points in the sixth bi-monthly monetary policy. Many believed a status quo in this RBI monetary policy for a host of reason including core inflation, fiscal slippages and more negative data. However, that was all snubbed by Shaktikanta Das. Now, finally the policy repo rate stands at 6.25%, which was last seen before June, 2018 policy. It comes as a good news for citizens  in form of their borrowings. Also, banks can now rejoice as their fund borrowings from RBI gets cheap. The announcement will come as a big boost for the PM Narendra Modi led NDA government, which had long been asking for the RBI to cut the repo rate.

Consequently, the reverse repo rate under the LAF stands adjusted to 6%, and the marginal standing facility (MSF) rate and the Bank Rate to 6.5%. The RBI MPC also decided to change the monetary policy stance from calibrated tightening to neutral. These decisions are in consonance with the objective of achieving the medium-term target for consumer price index (CPI) inflation of 4 per cent within a band of +/- 2 per cent, while supporting growth.

Since the last MPC meeting in December 2018, there has been a slowdown in global economic activity. Among key advanced economies (AEs), economic activity in the US lost some steam in Q4:2018. The outlook for Q1:2019 is clouded by the partial government shutdown, though the labour market conditions remain strong. In the Euro area, economic activity lost momentum on weak industrial activity. The Japanese economy is gradually recovering and an accommodative monetary policy stance is expected to buttress domestic spending.

Retail inflation, measured by y-o-y change in the CPI, declined from 3.4 per cent in October 2018 to 2.2 per cent in December, the lowest print in the last eighteen months. Continuing deflation in food items, a sharp fall in fuel inflation and some edging down of inflation excluding food and fuel contributed to the decline in headline inflation.

What were the expectations from RBI!

Suvodeep Rakshit, Upasna Bhardwaj and Avijit Puri analysts at Kotak Institutional Equities said, “We expect the MPC to be cautious on the inflationary impact of the budget even as fiscal slippage seems manageable. The MPC might raise concern on the quality of expenditure, especially when the borrowings (government and public enterprises) have increased significantly. However, the MPC decision will hinge solely on the expected benign inflation trajectory. We maintain our view that a shallow rate-cut cycle (25 bps each in April and June) remains on the cards with the stance being changed to ‘neutral’ in February meeting. We reiterate our view that bond markets are unlikely to see much relief in the near term and maintain our view for the 10-year yield within 7.25-7.75% in FY2020.”

Sahil Kapoor, Ashutosh Gehlot and Ankita Pathak economists and market strategists of Edelweiss Broking Limited said, “We believe RBI is likely to tread cautiously and hence may only change the stance to “neutral” in the coming policy and may not take any steps against its previous stance. RBI’s commentary on interim budget, core inflation, revision of HRA by State Governments, expectation of food inflation as the season changes will shape the outlook for future policy actions. However, a reduction in interest rates is needed to revive the slack economic growth at this point.”