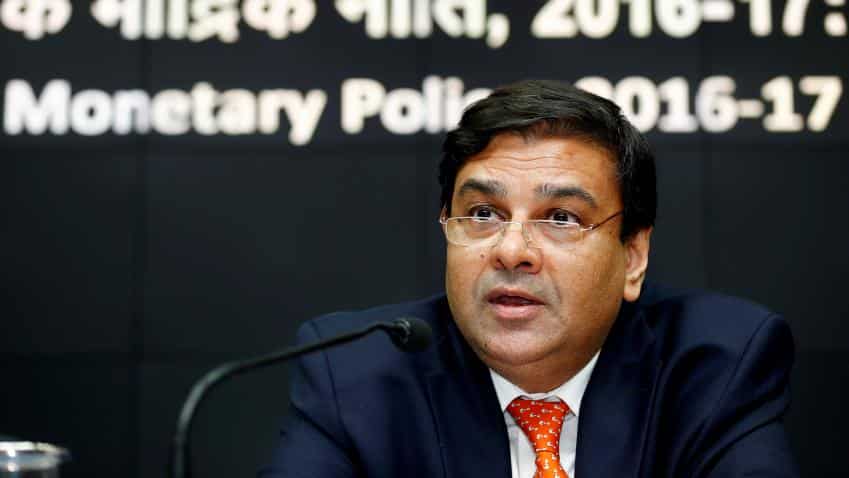 Patel, in his first policy as RBI Governor, in October reduced the repo rate. Photo: Reuters

In the second Monetary Policy Committee (MPC) meet, the Reserve Bank of India on Wednesday maintained the key rates unchanged.

The announcement came in as a surprise move. In previous policy, the RBI trimmed down the rates by 25 basis points, which led the policy repo rate to 6.25% from 6.50%, while reverse repo rate was adjusted to 5.75% and that of bank rate at 6.75%.

The RBI in a statement said, "The decision of the MPC is consistent with an accommodative stance of monetary policy in consonance with the objective of achieving consumer price index (CPI) inflation at 5% by Q4 of 2016-17 and the medium-term target of 4% within a band of +/- 2%, while supporting growth".

On demonetisation, RBI said that the "Liquidity conditions have undergone large shifts in Q3 so far. Surplus conditions in October and early November were overwhelmed by the impact of the withdrawal of specified bank notes  from November 9".

The central bank has cut economic growth forecast for the current financial year.

Looking at the current cash crunch in the country, the apex bank said, "In October 2016, GVA growth in H2 was projected at 7.7% and for the full year at 7.6%. Incorporating the expected loss of growth momentum in Q3 and waning effects in Q4 alongside the boost to consumption demand from higher agricultural output and the implementation of the 7th CPC award, GVA growth for 2016-17 is revised down from 7.6% to 7.1%, with evenly balanced risks".

Today, the central bank also announced that the RBI will absorb a part of the large increase in liquidity in the system following the withdrawal of the legal tender status of Rs 500 and Rs 1,000 denomination bank notes.

ALSO READ: Should RBI hold on a rate cut today?

"With the enhancement in the ceiling for issue of securities under the Market Stabilisation Scheme (MSS) to Rs 6,000 billion, it has been decided to withdraw the incremental CRR effective the fortnight beginning December 10, 2016", RBI said.

On November 26, the central bank had announced an incremental cash reserve ratio (CRR) of 100 per cent of the increase in net demand and time liabilities (NDTL) of scheduled banks between September 16, 2016 and November 11, 2016 effective the fortnight beginning November 26, 2016.

Patel, in his first policy as RBI Governor, in October reduced the repo rate (short-term lending rate) by 0.25% to 6.25%. This was the second policy which will be based on recommendations of the MPC.

A majority of the nearly 60 analysts polled by Reuters had predicted that RBI will cut the repo rate by 25 basis points (bps) to 6%, the lowest since November 2010, while six predicted a deeper 50 bps cut.