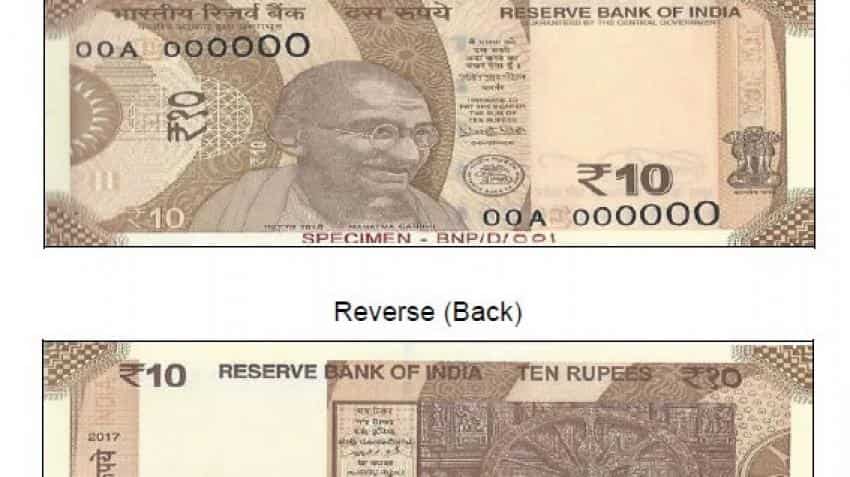 All the banknotes in the denomination of Rs10/- issued by the Reserve Bank in the earlier series will continue to be legal tender. Image Source: RBI official website

After introducing new Rs 2,000 notes and colourful Rs 200, Rs 50 notes, the Reserve Bank of India on Friday confirmed that it will shortly issue new banknotes in the Rs 10 denomination.

Speculation that the Central bank would be releasing a new Rs 10 note in a chocolate brown colour were confirmed early Friday evening. “The new denomination has motif of Sun Temple, Konark on the reverse, depicting the country's cultural heritage. The base colour of the note is Chocolate Brown.”

“The note has other designs, geometric patterns aligning with the overall colour scheme, both at the obverse and reverse. All the banknotes in the denomination of Rs10/- issued by the Reserve Bank in the earlier series will continue to be legal tender,” RBI said.

1. See through register with denominational numeral 10
2. Denominational numeral १० in Devnagari,
3. Portrait of Mahatma Gandhi at the centre,
4. Micro letters 'RBI', ‘भारत ', ‘INDIA' and '10',
5. Windowed demetalised security thread with inscriptions ‘भारत’ and RBI,
6. Guarantee Clause, Governor's signature with Promise Clause and RBI emblem towards right of Mahatma Gandhi portrait,
7. Ashoka Pillar emblem on the right,
8. Mahatma Gandhi portrait and electrotype (10) watermarks,
9. Number panel with numerals growing from small to big on the top left side and bottom right side.

10. Year of printing of the note on the left,
11. Swachh Bharat logo with slogan,
12. Language panel,
13. Motif of Sun Temple, Konark,
14. Denominational numeral १० in Devnagari. 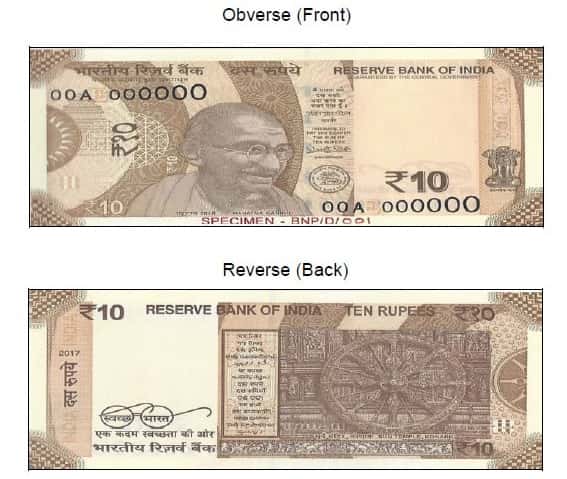 Last year, the RBI said it would introduce new Rs 10 notes in a phased manner whilst keeping the old ones still in circulation.

“It has been decided to conduct a field trial with plastic banknotes at five locations of the country. Approval for procurement of plastic substrate and printing of bank notes of Rs10 denomination on plastic banknote substrates has been conveyed to RBI,” Ministry of Finance said in March 2017.