RBI cuts repo rate by 25 basis points to 6%. Here is what experts have to say

"Given the volatility in Inflation due to Oil prices, MPC has lowered targets by 40bps with keeping buffer rate cuts if the inflation goes lower." said Sameer Kalra 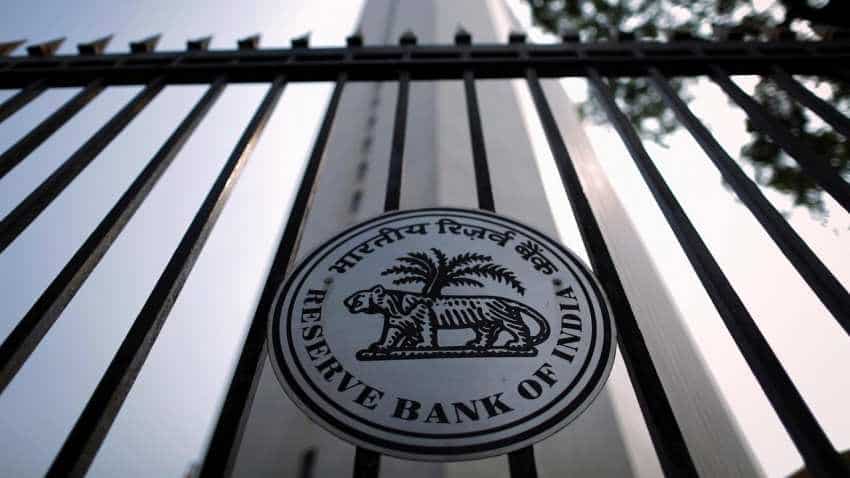 Overall, the decision is presumed to have a positive reaction on the national economy. Photo: Reuters
Written By: ZeeBiz WebTeam
RELATED NEWS

In the first bi-monthly monetary policy meet for the financial year 2019-20, the Reserve Bank of India reduced the repo rate by 25 basis points to 6%. Due to the inflation rate being below RBI’s 4 per cent medium-term target, the repo rate was cut by 25 basis point again from 6.25% today. It is expected that with this decision of the RBI, the EMIs on home loans and car loans will see a decline, if banks actually implement this policy. However, they did not do so after February policy. Moreover, it is anticipated that it will help solve the liquidity crisis of the public sector and private banks, NBFC and other lending bodies etc. Overall, the decision is presumed to have a positive reaction on the national economy.

With this, banks will acquire more lending power and hence will pump out more funds. The real estate sector will get a boost as this decision will give people greater purchasing power. Small businesses and MSME's will also have the advantages of this decision as now banks and NBFCs will provide to their plea for credit line.

Industry body FICCI has welcomed 25 basis points cut in repo rate by RBI. In his reaction, Somany also said that there is a scope for further reduction in the repo rate.

Somany said, “We welcome the 25 basis points cut in repo rate by the RBI, though we had expected a larger cut given benign inflation and slowing industrial as well as exports growth and liquidity concerns. We hope that the two consecutive cuts in the repo rate would translate into lower lending rates for both retail and corporate credit. This would give an impetus to the domestic economy through greater consumption demand as well as private investments. This is important as we do not foresee much impetus coming from external sources of growth as the global economy continues to show signs of moderation.”

He added, “Over the last few months, there has been an improvement in capacity utilisation across sectors as well as reduction in banking NPAs. The need of the hour is for monetary policy to complement the fiscal policy and strengthen the growth impulses that are slowly building in the economy. The real repo rate has remained high for a long time and there is a scope of further reduction in the repo rate. We do hope that RBI shall continue the accommodative stance in subsequent months as well”.

"RBI has held on to its gradualist approach in choosing to cut REPO rate by 25bps and maintaining neutral stance. The two key risk events for inflation trend in the year ahead - monsoons and elections, cloud the near term inflation outlook and  warrant continued data dependency. The forward guidance for growth and inflation remains mixed and indicate shallow cuts here and there and not a cut cycle for now. At this point, RBI seems to be more focused on the efficacy of rate cut and its transmission to the end borrowers and we expect to see more action on the liquidity front than rates in the current cycle."

" Over the short term, we believe this could trigger a short term correction. Currently, the market was discounting the rate cut and also on the hope of a decisive mandate in upcoming LS2019. Hence investors and traders should be aware that the trend is intact and on the upside. Any dips in this trend of 3-5% are good and should be utilized. We remain bullish on this trend."

"Repo Rate cut was announced by 25 bps to 6% and LAF was adjusted to 5.75% with NEUTRAL stance. The votes pattern remained the same showing the continuation of rate policy dependent on the data. Give the volatility in Inflation due to Oil prices MPC has lowered inflation targets by 40bps with keeping buffer rate cuts if the inflation goes lower."

"We believe this is a good position as higher cut would have showed weakness at macro level but such policy decision gives confidence to the stakeholders that there is room for further rate cut only if needed. LAF reduction and Dollar swap window has provided further liquidity boost to banks. We have BUY rating in HDFC Bank & State Bank of India in Large Cap and Allahabad Bank & Oriental Bank of Commerce in MidCap.", he further added.

"A rate cut would help in boosting borrowing and consumption which would help in countering receding inflation and boost the Industrial Production. GDP growth rate has slowed to 6.6% in the Oct-Dec 2018 period and since the inflation is well within RBIs target range, a 25bps rate reduction should help in improving both these indicators at the same time."

"As against our expectation of policy stance moving to accommodative, RBI kept it unchanged at neutral despite lowering its CPI inflation forecast downwards to 2.4 % in Q4:2018-19, 2.9-3.0% in H1:2019-20 and 3.5-3.8% in H2:2019-20 and FY20 GDP growth forecast to 7.2% from 7.4%. India Ratings believe this simply means RBI wants to keep its options open with respect to moving the policy rate in either direction should such a situation arises. Despite comfortable inflation and inflationary expectations some of the risks that are looming large on this front are (i) stickiness in the core  and core-core inflation (ii) abrupt reversal in vegetable prices especially during the summer month, (iii) uncertainty about the sustainability of the softening of inflation in the fuel group items especially oil  where outlook continues to be hazy and (iv) probability of El Niño effects on the monsoon.  One additional risk could be the fiscal policy stance of the new government."

"With output gap remaining negative and domestic economy facing headwinds from global sluggishness, the rate cut was timely and coming as it does on back to back sittings, it should augur well for coming quarters. Real rates are still higher which would leave room for further cuts in either the June or the August policy, once the new government presents the final budget document in July."

He further adds, " The other important development is lowering GDP growth estimates by about 20-30 basis in H1 FY2020.  This assessment should be seen as a fair reflection of the global backdrop and coinciding with a period where the country witnesses General Elections, when currency slippage may be higher.While there is no special reference to liquidity measures, the policy document and the subsequent press conference re-assures that RBI will continue to employ all possible tools available to keep liquidity adequate. Rate cuts are more effective when liquidity is positive – therefore, the operating theme could be to move to a durable positive liquidity which could by itself mark a step towards a more accommodative stance."

“With the overall economy showing acceptable levels of inflation, the second consecutive rate cut of 25 bps is in line with our expectations. The policy clearly focuses on managing inflation and reviving the economy. India Inc has been patient equally with the regulator and the relief on the cost of funds would help them to improve financial health and plan for the next leg of growth.”