RBI AnyDesk Warning: Fraudsters can use this app to steal money from your bank account, stay safe

RBI AnyDesk Warning: On February 14, the RBI alerted banks about potential fraudulent transactions on the unified payments interface (UPI) platform. RBI said that the cautionary notice was issued in the wake of rising number of fraud using the UPI platform. 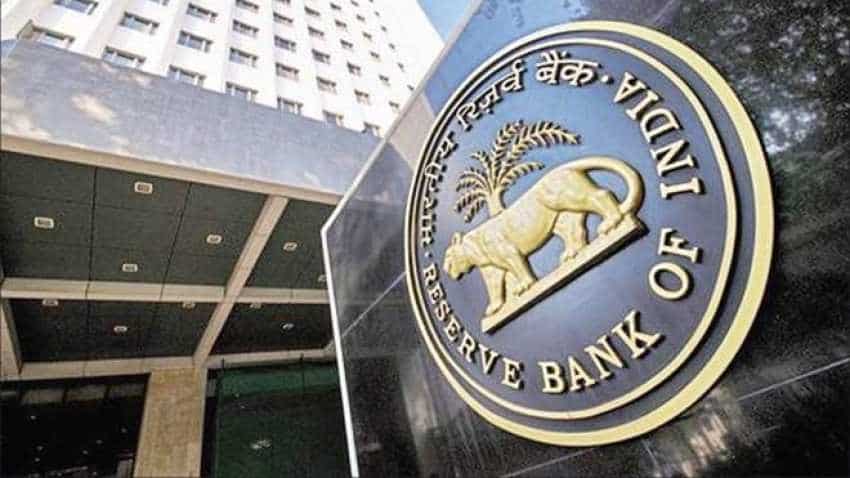 Reports say the RBI alert also applies to all other forms of mobile payments, not just the UPI. Reuters

RBI AnyDesk Warning: The Reserve Bank of India has a warning for you. If you are suggested to download an app called "AnyDesk" through social media or any other channel then do not do this. After downloading this app, your bank account may become empty within minutes. Reserve Bank of India (RBI) has issued a warning in this regard. "AnyDesk" is a software that can do transactions from your bank account through your mobile or laptop. On February 14, the RBI alerted banks about potential fraudulent transactions on the unified payments interface (UPI) platform. RBI said that the cautionary notice was issued in the wake of rising number of fraud using the UPI platform.

In the notice, the central bank informed the commercial lenders that a mobile app named "AnyDesk" was being allegedly used to target the mobile phones of customers. The alert was issued by the RBI's cybersecurity and IT examination cell. It said that once the app is downloaded on a mobile phone, it seeks permission to access control of the phone like other applications. However, when the permission is granted by a user, AnyDesk app allegedly steals confidential data on the phone to carry out fraudulent transactions through other payments app available on the phone.

Reports say the RBI alert also applies to all other forms of mobile payments, not just the UPI. RBI notice said it had sent a similar advisory last month. 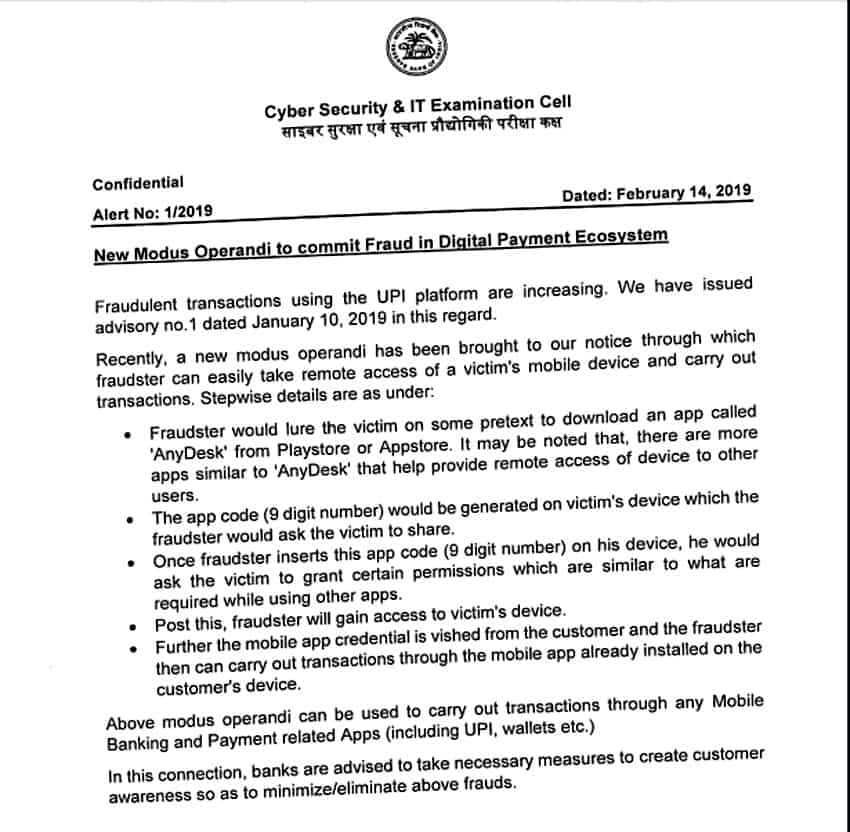 Once downloaded, "AnyDesk" generates a 9-digit app code on the user's device and calls the cybercriminals and asks the user for the code in the name of the bank.

Read This News In Hindi

Once this code is found, the hacker gets control of the user's device and can download all the information of his device can do the transaction.

AnyDesk app has issued a clarification, saying it is an "exceptionally secure software for remote connections, using banking-level security and encryption protocols." In a mail to Zee Business Online, AnyDesk said, "AnyDesk would like to clarify that there are apps similar to “AnyDesk” that also help provide remote access to the devices of other users. It is rather unfortunate that AnyDesk has been used by scammers who convinced trusting users to give them access to their device and then defraud them. AnyDesk has been engineered in Germany and has a reputation of being an exceptional remote access software used by millions to legitimately connect to devices around the world. AnyDesk was abused by individuals to steal from users who did not understand the need to keep their access codes as safe as they do their personal data."

"We work closely with the authorities to combat any fraud that we encounter and we are also working to educate users about how to properly secure their computers. Specifically, we urge our users to not share access codes to their devices with people they do not know. We regret the recent incidents and we empathize with the victims. We would like to urge users to exercise the same level of caution that they do with their banking and personal data or their email or Facebook login information."