'Rate Cut' or 'Status Quo', what will be RBI Governor Shaktikanta Das' take in this monetary policy meet?

Currently, the RBI policy repo rate stands at 6.50% with reverse repo rate at 6.25%; whereas marginal standing facility (MSF) rate and bank rate at 6.75% each. 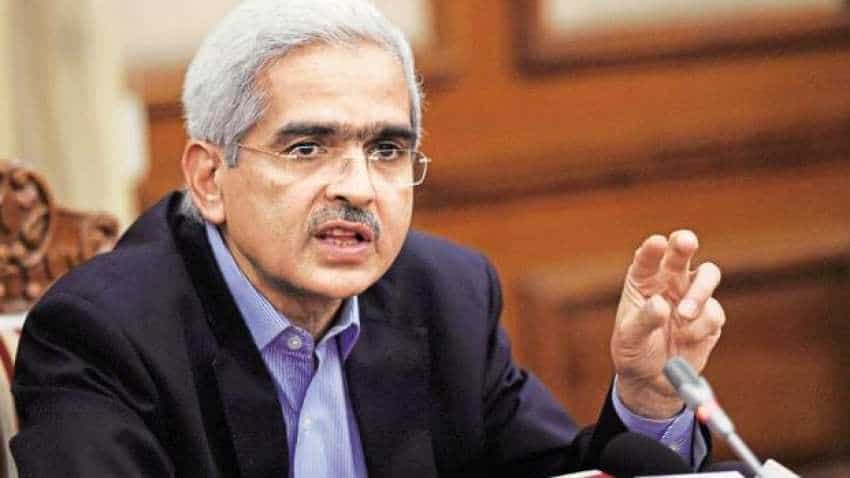 It would be India’s sixth bi-monthly monetary policy for FY19, which will be presented for the first time by RBI’s new governor Shaktikanta Das. Photo: PTI

Ahead of RBI monetary policy announcement, the benchmark indices made a massive comeback with Sensex nearing 37,000-mark and Nifty crossing 11,000-level. On Wednesday, Sensex finished at 36,975.23 above by 358.42 points or 0.98%, whereas the Nifty 50 soared to 11,062.45, up 128.10 points or 1.17%. On the other hand, Indian rupee ended flat at 71.56 against US dollar benchmark index at interbank forex market. Forex investors decided to wait further on RBI’s policy rate decision for making their bets. It would be India’s sixth bi-monthly monetary policy for FY19, which will be presented for the first time by RBI’s new governor Shaktikanta Das in discussion with monetary policy committee (MPC).

RBI is an inflation trajectory central bank and its policy positioning depends upon the Consumer Price Index (CPI) or retail inflation of the country. RBI decides the repo rate, in line with performance of CPI which has a major impact on your purchasing and selling power.

Thereby, what will be the RBI governor’s take on monetary policy this time, will be keenly watched. Let’s understand what analysts expect.

Suvodeep Rakshit, Upasna Bhardwaj and Avijit Puri analysts at Kotak Institutional Equities said, “We expect the MPC to be cautious on the inflationary impact of the budget even as fiscal slippage seems manageable. The MPC might raise concern on the quality of expenditure, especially when the borrowings (government and public enterprises) have increased significantly. However, the MPC decision will hinge solely on the expected benign inflation trajectory. We maintain our view that a shallow rate-cut cycle (25 bps each in April and June) remains on the cards with the stance being changed to ‘neutral’ in February meeting. We reiterate our view that bond markets are unlikely to see much relief in the near term and maintain our view for the 10-year yield within 7.25-7.75% in FY2020.”

Sahil Kapoor, Ashutosh Gehlot and Ankita Pathak economists and market strategists of Edelweiss Broking Limited said, “We believe RBI is likely to tread cautiously and hence may only change the stance to “neutral” in the coming policy and may not take any steps against its previous stance. RBI’s commentary on interim budget, core inflation, revision of HRA by State Governments, expectation of food inflation as the season changes will shape the outlook for future policy actions. However, a reduction in interest rates is needed to revive the slack economic growth at this point.”

As far as monetary policy implications are concerned, Kaushik Das, Chief Economists at Deutsche Bank said, “we think RBI will become cautious, especially given the higher-than-expected market borrowing announcement, which in our view will have further upside risk, if a new populist government were to come to power over the next few months. We expect RBI to change its monetary stance to neutral next week, but the authorities will also likely note the still-elevated core inflation dynamic and the fiscal risk at the state and central level, thereby providing balanced guidance to markets.”

Dr. Soumya Kanti Ghosh, Group Chief Economic Adviser at SBI said, “We now expect RBI to change stance in February, but it is likely to remain on a pause mode. The first cut might happen in April 2019, but we believe it will be shallow rate cut cycle. However, we will not be overtly surprised if the RBI delivers a 25bp rate cut on February 7 itself.”

Shilan Shah, Senior India Economist at Capital Economics said, “We agree with financial market expectations and the analyst consensus that interest rates will stay on hold at the conclusion of the RBI’s meeting on 7th February – the first under the stewardship of Governor Shaktikanta Das. But Das is likely to use the meeting to lay the groundwork for policy loosening over the coming months.”

To that end, Shah adds, “ we suspect that the official policy stance will change and the hawkish rhetoric of his predecessor will be dialled back in the policy statement. This could pave the way for a rate cut as early as at the following meeting in April. In our view, looser policy at this stage of India’s economic cycle would be a mistake, and would also heighten concerns over the independence of the central bank.”