Between October - December 2018 period, Jhunjhunwala has added more money in NCC Limited - he has been an investor in this stock since 2015. The investment has been so large that NCC now has become this investor's third-largest stock in terms of percentage. 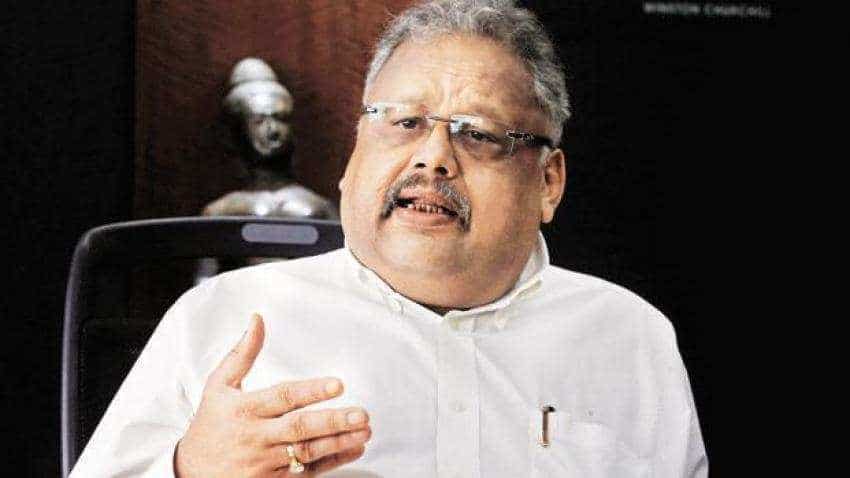 When investors like Rakesh Jhunjhunwala talks, market forces pay heed. Why? Because Jhunjhunwala, who has been dubbed as the big bull of Dalal Street, knows, not just how to survive the storms of equities, but to prosper in a most fruitful manner, to say the least. No matter how markets perform, Jhunjhunwala, who is blessed with tremendous patience, has walked the talk and made a big move. This is when markets are witnessing dull investor sentiments. He has just placed his bet and this time it would be infrastructure sector where he sees pots of money at the end of the rainbow. Notably, between October - December 2018 period, Jhunjhunwala has added more money in NCC Limited - he has been an investor in this stock since 2015. The investment has been so large that NCC now has become this investor's third-largest stock in terms of percentage.

According to TrendLyne.com data, Jhunjhunwala made only one purchases in December, 2018, which was NCC Limited. But what was interesting to note is that he increased his holding by such a great amount to now become a major investor in NCC.

However, to clarify further,  not Jhunjhunwala, but it is his wife Rekha Jhunjhunwala who holds majority stake in NCC. Rekha herself has not made any hike in NCC this quarter, thereby, her holding stands at 7.52% with 45,108,266 equity shares.

Rekha Jhunjhunwala is a joint owner of privately owned stock trading firm Rare Enterprise with Rakesh. Both are considered as icons of Dalal Street. However, it is Rakesh who manages both his and wife’s portfolios.

Considering that Jhunjhunwala sees a bigger picture in NCC, what we need to ask ourselves as investors is whether the stock is worth it.

Should you invest in NCC?

Guess what! If you buy this stock now, it can give you an hefty windfall ahead, and depending on your investment amount, can make yoy very rich indeed. NCC Limited stock is seen rising by a whopping 58%!

Vibhor Singhal and Deepika Bhandari, analysts at Phillip Capital, said, “NCC stock has corrected significantly over the last 10 months (YTD, -36%) – along with the entire infrastructure space. Macro concerns (primarily related to elections), have impacted the stocks in significant manner. All along, the fundamentals and the recent performance of the companies, esp NCC, remains strong.”

The duo added, “We hence find the current price to be an opportune time, to buy a stock with immense growth potential.”

According to Phillip, NCC is seen  benefiting from its strong diversified orderbook and balance sheet. Simultaneously, its continuous efforts to reduce subsidiary losses and divest non-core assets, should lead to the foundation of a fundamentally strong business, as it traverses a high growth trajectory over next few years.