IL&FS Group has been caught in massive cash crunch and hefty debt, and to overcome the situation they are offering their subsidiaries for sale. ISSL has turned out to be the first subsidiary offered by IL&FS for sale. 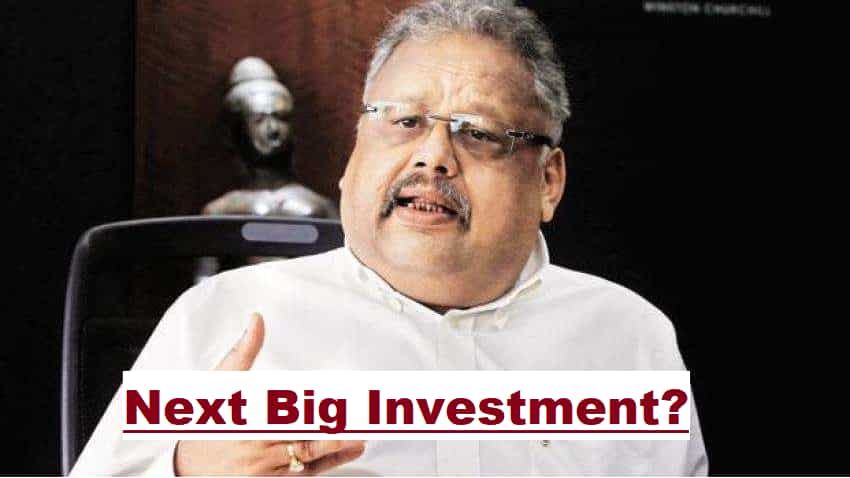 It was in the month of November, just a few days before Diwali festival, that the big bull of Dalal Street Rakesh Jhunjhunwala made an arresting  statement in an interview. Jhunjhunwala said that he wants 'God to give him the power of not earning anything in 2019'! It almost felt like the end of the world for the ace investor's legion of fans. But who knew that Jhunjhunwala had bigger plans in mind going forward. Now, in the midst of the horror IL&FS crisis, a new headline has emerged and this time it claims that Jhunjhunwala's Rare Enterprises is looking to buy IL&FS Securities Services Limited (ISSL). Yes, you read it right! Jhunjhunwala is seeking to step into the NBFC sector - the point to note is that this time it is not as an investor, but as a player.

It was an Economic Times report today that mentioned lenders, including HDFC Bank, ICICI Bank, Axis Bank and Rakesh Jhunjhunwala’s private equity firm Rare Enterprises are among a dozen bidders for the securities business of Infrastructure Leasing & Financial Services (IL&FS).

IL&FS Group has been caught in massive cash crunch and hefty debt, and to overcome the situation they are offering their subsidiaries for sale. ISSL has turned out to be the first subsidiary offered by IL&FS for sale.

ISSL is being sold in order to raise funds so that IL&FS can resolve some of its debt which currently stands at a behemoth Rs 91,000 crore.

It is expected that ISSL sale may bring in about Rs 400 crore.

Notably, earlier it was private lender IndusInd Bank that struck a deal with IL&FS for their securities business. In fact even market watchdog Sebi also approved the bid offered by IndusInd.

However, there is a new management in IL&FS, which is why, rebidding has commenced again.

This new management wanted to follow a transparent bidding process.

As per the report, ICICI Bank and HDFC Bank have not responded when asked about the matter. On the other hand, Axis Bank refused to react to  market speculation, whereas Jhunjhunwala's Rare Enterprises could not be reached for comment.

Coming to Jhunjhunwala, he currently holds wealth of $2.7 billion as per Forbes list as on December 18,2018. Jhunjhunwala is called India's Warren Buffett. He began his trading career with $100 way back in 1985 when the Bombay Stock Exchange (BSE) index was just at 150.

Currently as per TrendLyne.com, Jhunjhunwala holds about 30 stocks in his portfolio from which his gains stand at whopping Rs 11,822.6 crore.

Among the stocks he holds, Jhunjhunwala's most valuable holding would be Titan Company where his gains are more than Rs 5,900 crore.

Rare Enterprises is privately owned by Jhunjhunwala. He derived the company's name from first two initials of his name and wife Rekha Jhunjhunwala's name.

Significantly, If Jhunjhunwala stands to bag this deal with IL&FS, then one can expect the Dalal Street king to reduce his holding in his favorite stocks.

IL&FS Securities Services Ltd., (ISSL) was incorporated in FY 2007 as a subsidiary of Infrastructure Leasing and Financial Services Ltd., (IL&FS). IL&FS is an AAA rated financial institution of repute and is one of India's leading Infrastructure Development and Finance Company. Though a separate Company since FY 2007, ISSL was previously operating as a strategic business unit of IL&FS since FY 1995, providing support functions towards securities market related services

With the benefit of experience, ISSL has now emerged as a service provider of repute, with a critical mass of clients and diverse product lines supporting its business growth. It holds leadership positions in F&O Clearing and new products such as broking back office, brokers' broker and ESOP funding.

It would be interesting to know who will eventually emerge as a suitable bidder for ISSL. Even more intriguing will be whether Jhunjhunwala stands a chance against these major private lenders and lastly, it would be keenly watched as to how he leads this business, if he gets hold of it.