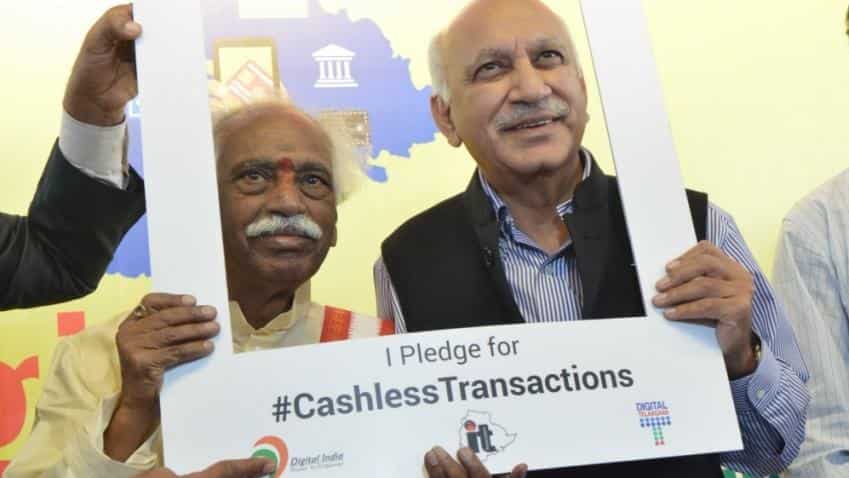 Once the bill becomes law, the bill will also propose to replace the older bill of 1936 with the Payment of Wages (Amendment) Bill, 2017. Photo of Labour Minister, Bandaru Dattatreya (Left). Image Source: IANS
Written By: ZeeBiz WebTeam
RELATED NEWS

The Payments of Wages amendment bill was passed by the upper house of parliament on February 8, a day after the Lok Sabha passed it.

The bill was introduced in the lower house of Parliament on January 17 of this year and sought to change the way employers pay their employees in India.

Labour Ministry introduced the bill to amend the Act said, “…to permit the employer to pay an employee’s wages: (i) in coin or currency notes; or (ii) by cheque; or (iii) by crediting them  into his bank account.  The Bill removes the requirement of obtaining written authorisation for payment of wages by cheque or through a bank account.”

Up till now the bill of 1936 said that all wages must be paid either in coin or currency notes, or both.  However, the employer may pay his employee’s wages either by cheque or by crediting it into his bank account, after obtaining his written authorisation.

In other words the government removed the mandatory clause of employers obtaining written consent from the employees to accept wages in digital form.

The bill will now be sent to the President of India, Pranab Mukherjee for his assent.

It also mentioned an exception that read, “However, the relevant central or state government may specify certain industrial or other establishments where the employer should pay his employees only by: (i) cheque; or (ii) crediting the wages in his bank account.”

“With the passage of time, technology has been changed and a large section of the employed persons have their bank accounts. The payment of wages through cheque or crediting it in the bank account of employed persons will reduce the complaints regarding non-payment or less payment of minimum wages, besides serving the objectives of digital and less cash economy,” Labour Minister, Bandaru Dattatreya said.

In his letter to parliament, Dattatreya said, “The State Governments of Andhra Pradesh, Uttarakhand, Punjab, Kerala and Haryana have already made provisions in the said Act for payment of wages to the employed persons either by cheque or by crediting the wages in their bank account, by making State amendments to the Act.”

The Payment of Wages Act, 1936 (the Act) regulated the payment of wages of only certain classes of employed persons. The Act was amended several times and last amended in the year 2005.

Once the bill becomes law, the bill will also propose to replace the older bill of 1936 with the Payment of Wages (Amendment) Bill, 2017.