Raid box office collection: Raid film has been logging double-digit earnings every day since release except on Monday, which was the start of the weekday and that means everyone was either at work or in schools and colleges leaving very few people to watch the movie. 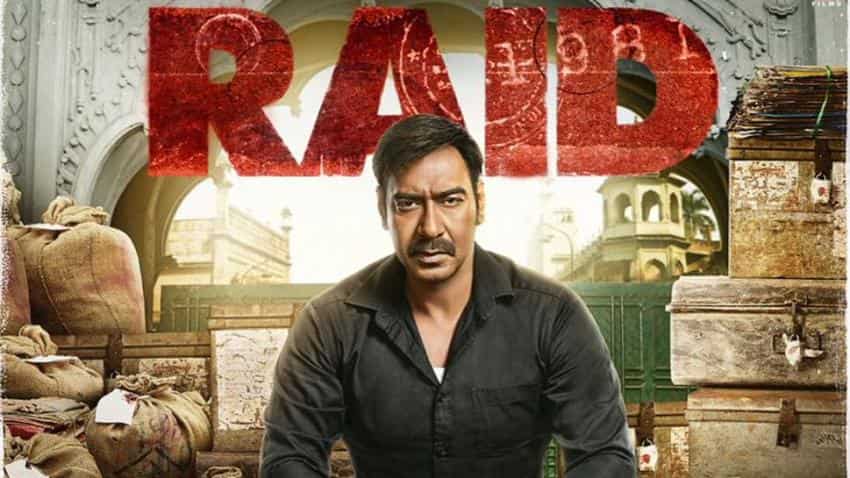 Raid box office collection: Ajay Devgn is as versatile an actor as can be. He has played numerous roles that are as different as chalk and cheese and still managed to ace the roles almost every time through the many years he has spent at Bollywood. Many actors have come and gone, but they were unable to surmount the template they had been initially cast in. But all of that does not apply to Ajay. In fact, he manages to excel in roles of a simple man even and this movie Raid is the prime example. He essays the role of an Income Tax department officer who is honest and more than that, one who looks to catch black money generators in the system. The theme is very much in these days across the country. Nothing glamorous about it. Ileana D'Cruz has been able to portray herself in simple terms successfully too. And yet, Raid collection by day 4 has risen to Rs 47.27 crore. Luv Ranjan is the director and he has been the power behind a string of successes.

Raid film has been logging double digit earnings every day since release except on Monday, which was the start of the weekday and that means everyone was either at work or in schools and colleges leaving very few people to watch the movie itself except perhaps, those playing truant. This trend is going to continue and the take is going to keep on falling over the next few days. However, if the word of mouth is good, then Raid may just regain the double digit territory over the next weekend. It will require that to happen to have any hope of turning into a Rs 100 cr movie.

At the moment, there is one other 'simple' movie that is rocking the box office. What we are referring to is Sonu Ke Titu Ki Sweety, which has just entered the Rs 100 crore club to the surprise of everyone. It is a simple movie with an honest theme that is realistically played out and the public is just loving it. Is the same fate reserved for Akshay Kumar's Raid collection? Keep tuned to this space for updates!