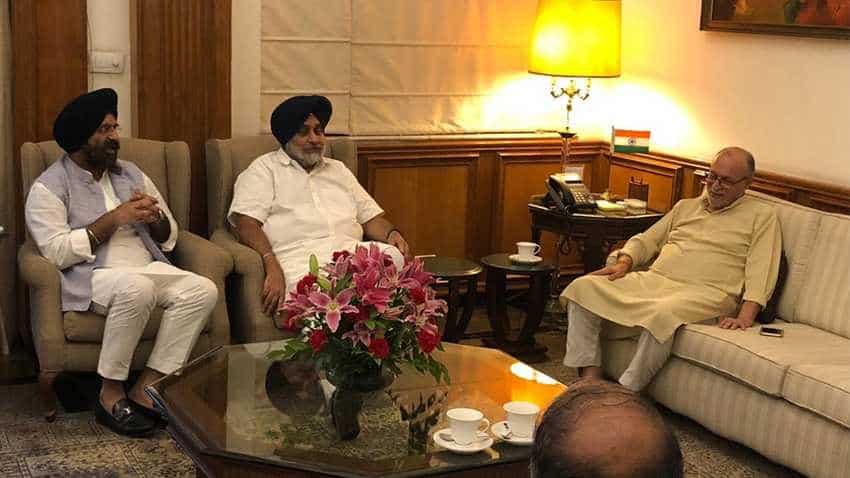 Punjab Bandh: As part of protests held against the demolition of Sri Guru Ravidas temple in Tughlakabad in Delhi, most schools and colleges will remain shut in major cities across Punjab. Following the demolition of the temple, a state-wide shutdown to protest the act was called. Under it, most schools and colleges in Jalandhar, Gurdaspur, Hoshiarpur and Kapurthala will remain closed on Tuesday. In Gurdaspur, all government and private schools, falling within the municipal limits of the city, have been ordered to remain shut on Tuesday by Deputy Commissioner Vipul Ujwal.

Meanwhile, the Punjab School Education Board has postponed the Class 10 and 12 supplementary exams scheduled for Tuesday. The Class 10 maths exam and Class 12 exams of political science, business studies and physics have also been postponed.

The police has said that it has made necessary security arrangements to make sure no untoward incident takes place in the city.

In a series of tweets, Shiromani Akali Dal President Sukhbir Singh Badal condemned the demolition of the temple. “The demolition of the 500-year-old Sri Ravidas temple in Delhi is condemnable and testifies @AamAadmiParty's thought process. Held a meeting with party's senior leadership in Delhi on the tense situation emerged out of the incident. The entire @Akali_Dal_ leadership decided that the decision took by AAP has hurt the sentiments of the entire Ravidas community and must be opposed strongly. Party delegation will soon approach Home Minister @AmitShah Ji and bring to his notice the seriousness of the matter,” he tweeted on Monday.