Sir Jagadish Chandra Bose is one of the scientists nominated in the first stage of the Bank of England's search for the face to feature on the new currency to go into print from 2020. 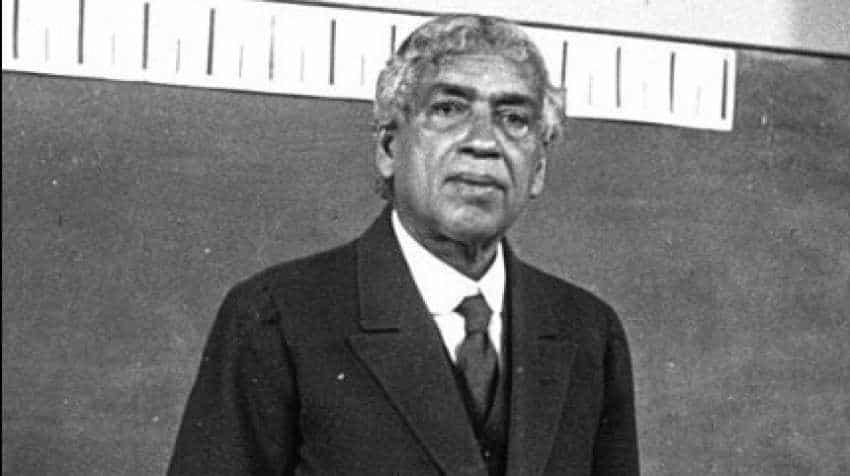 Indian physicist and physiologist Sir Jagadish Chandra Bose may appear on United Kingdom's new 50-pound note. He is one of the scientists nominated in the first stage of the Bank of England's search for the face to feature on the new currency to go into print from 2020. Bose was born in Bengal during the British Raj in 1858. The legendary scientist is credited with proving that animals and plants share much in common with his very early experiments. He had created a very sophisticated instrument called the crescograph to detect minute responses of living organisms.

Bose had attended the University of Cambridge where he studied natural sciences after graduating with a physics degree from Calcutta University. Bose returned to India in 1884 after completing his BSc degree from Cambridge University. He was then appointed Professor of Physical Science at Presidency College in Kolkata.In 1917, Bose had left his professorship and established the Bose Institute at Kolkata. The institute was initially devoted principally to the study of plants.

Alongside Bose, one of the world's best-known physicist Stephen Hawking is also nominated. Bank of England said it received a total of 174,112 nominations since confirming that the new note would feature a scientist who had made a significant contribution to British science.

The confirmation on whether Bose would appear on the British note or not may take some more time. According to the British bank, this is only the preliminary stage of identifying eligible names for consideration. In this stage, nomination has been deemed eligible only if the character is real, deceased and has contributed to the field of science in the UK in any way.

The names will be finalised after the close of nominations on December 14. The nominations will be be considered by the Bank of England's Banknote Character Advisory Committee.

As per UK bookmakers William Hill, Stephen Hawking is the current favourite, with odds of 7/4. He is followed by Nobel Prize- winning chemist Dorothy Hodgkin at 4/1. Lovelace, Turing, Fleming and electromagnetic pioneer Michael Faraday have odds of 5/1 and Rosalind Franklin, who made important contributions to the understanding of DNA, is at 6/1.

A few months back, Bank of England had said that the nominations for the new note can include anyone who worked in any field of science including astronomy, biology, bio-technology, chemistry, engineering, mathematics, medical research, physics, technology or zoology.

Before the bank unveiled the criteria for nominations, a campaign was building up in favour of British Indian World War II spy Noor Inayat Khan to feature on the new currency. An online petition in favour of Khan had attracted thousands of signatures. The petition also called for the descendant of Tipu Sultan and daughter of Indian Sufi saint Hazrat Inayat Khan to be considered as the first ethnic minority British woman to be honoured on the currency.