Preview: What to expect from RBI Monetary policy announcement on February 6

RBI Monetary Policy preview: Market expert Ajay Bagga expects the interest rates to remain unchanged on the back of over 7% inflation 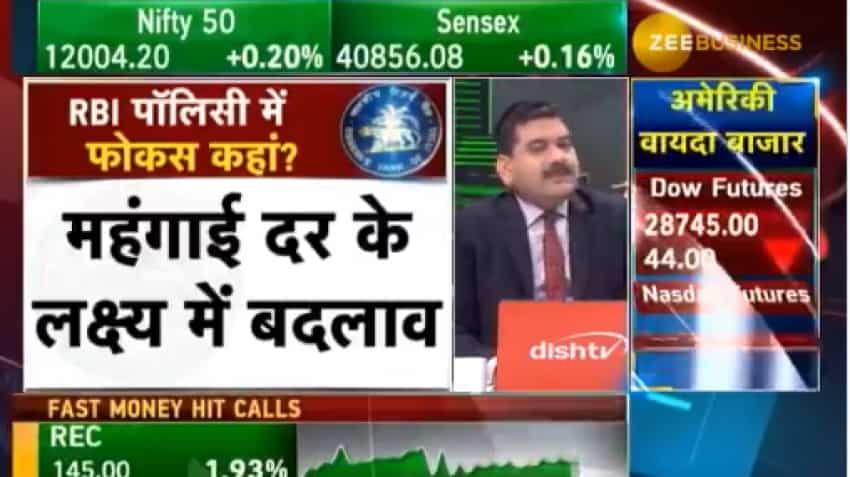 RBI Monetary Policy: What direction will the Reserve Bank of India (RBI) take in the upcoming monetary policy? Know from our market expert Ajay Bagga. Our expert said he expects no change in the RBIs stance on interest rates but said that the RBI could be accommodative. Bagga, while speaking to Zee Business Managing Editor Anil Singhvi, said that the banking regulator could tell us what direction the economy would take going forward. He said that RBI has high-quality analysts and there could be a commentary on the direction of the economy.

In the RBI credit policy Bankers' poll, almost 66% of participants said that the RBI may have a soft stance while 34% felt the contrary. Nobody in the poll suggested that there would be a neutral stance adopted by the RBI.

Speculations has risen over the next repo rate cut time and also how much could the rate cut be.

Bagga said that there was disappointment during the December Monetary policy after the regulator kept the rates unchanged. In 2019, the Monetary Policy Committee (MPC) cut rates five times in a row by a total of 135 basis points. It kept the interest rates unchanged after its previous policy review in December.

Bagga said that he expects the January month inflation to be upwards of 7% and the levels will be above 6% til march, he said.

RBI monetary policy committee will meet during February 4-6 for its sixth bi-monthly Monetary Policy Statement for 2019-20. The resolution of the MPC will be placed on the website at 11.45 AM on February 6, 2020.

Bagga said that the RBI's commentary is on at least 40 indicators and is data-rich.