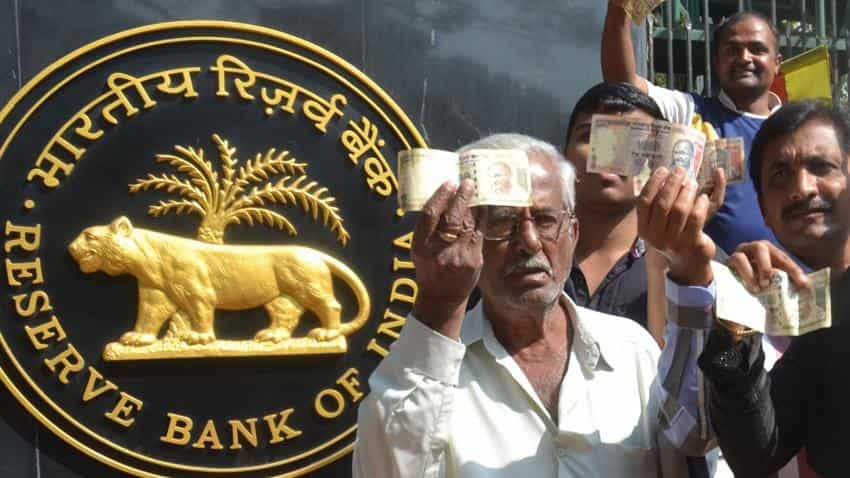 The experts are predicting this time GDP numbers to bring surprise.

Recently, Federation of Indian Chambers of Commerce and Industry (FICCI) predicted India's GDP growth will be around 7.4 % for fiscal 2017-18, with a minimum and maximum level of 7% and 7.6% respectively.

But will this good GDP numbers be a bad news for Reserve Bank of India?

According to a report by State Bank of India Ecoflash, a better GDP number, coupled with abundant liquidity and very soft inflation numbers going forward, will make the job of RBI monetary management relatively difficult.

Giving reason behind why it will put pressure on RBI, SBI Ecoflash report said that new Index of Industrial Production (IIP) series has put disruption in the informal sectory activity in FY17.

"Industrial activity has decelerated in H2FY17 to half of what was it in H1FY17. The RBI thus needs to look at all these for its policy action going forward," the report said.

The government on May 12 released the new series of Wholesale Price Index and IIP with new base year of 2011-12, which was considered as a long pending demand of the economists.

Thus, the new Index of Industrial Production and Wholesale Price Index series will impact all GDP numbers from FY14.

Hence, with CSO releasing GDP numbers, the important point to look at will be how volatile new IIP series will be as compared to old IIP.

Another pressure on RBI will be because of high liquidity. Post demonetisation in November, the banks are sitting on huge liquid cash.

RBI has been taking steps to tighten the money market. In the last monetary policy, RBI made a 25 basis point increase in reverse repo rate.

RBI said, "Though currency in circulation expanded after demonetisation, it's impact was  offset by a significant decline in cash balances of the Government up to mid-March which released liquidity into the system."

As per the Ecoflash report, the level of remonetisation has reached 80% of the total extinguished currency in circulation as on 19 May.

Moreover, nearly 65% of incremental deposits of Rs 7 lakh crores that came into the system between 8 November, 2016 and 12 May is still sloshing around, the report added.

Thus, it will be interesting to see what impact new IIP series will put on GDP numbers and how RBI handles surplus cash issue.