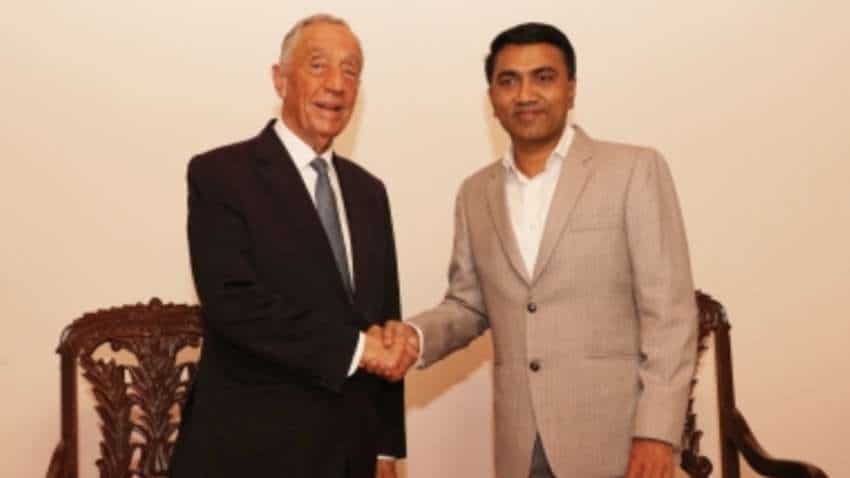 CLAT 2021 Exam Registration Date Extended: Last date of filling online application form extended till May 15 - check how to apply, exam date and all other details here

A visiting Portuguese delegation led by President Marcelo Rebelo de Sousa on Saturday signed a series of MoUs with state and central government agencies at a formal ceremony in the fields of defence, industry, water and sewage management, education, knowledge sharing, science and technology, heritage, shipping and technology.

The signing of agreements on Saturday followed a series of negotiations between Prime Minister Narendra Modi and Portuguese Prime Minister Antonio Costa which began during a visit by the latter to India in 2017.

Among the agreements signed on Saturday are an MoU between Goa-based Defence Ministry shipyard Goa Shipyard Limited and Portugal's Estaleiros Navais De Peniche in the field of design, construction and supply of ships in Africa and Latin American countries.

Five MoUs and letters of intent between the Portuguese Institute for Systems and Computer Engineering, Technology and Science (INESC-TEC) and India's IIT-Goa, National Institute of Oceanography, National Centre for Polar and Oceanic Research, The Energy and Resources Institute and the Goa Shipyard Ltd were also signed under the cooperation for excellence in marine exploration and navigation technologies initiative.

The initiative is aimed at generating innovative projects in the field of technological co-operation for marine engineering, shipbuilding technology, blue economy, ocean resources and technology.

An MoU for co-operation between IIT-Madras and INESC-TEC in the area of ports and waterways management was also signed.

Other MoUs which were signed include a co-operation agreement between the Goa-based VM Salgaoncar Institute of International Hospitality Education and Turismo de Portugal and between the Govind Ramnath Kare College and Portugal's University of Coimbra to establish academic, scientific and cultural cooperation in the field of law.

A strategic tripartite agreement for research and exchange between three institutions, Portugal's INESC-TEC, Faculty of Engineering of the University Porto and IIT-Madras focussing on marine exploration and energy technologies was also inked at the ceremony, which was held at a resort near the state capital.

Portuguese President de Sousa is on a two-day visit to Goa beginning Saturday and is expected to visit the UNESCO-endorsed 16th century Old Goa Church complex on Sunday.

Goa was a Portuguese colony for 451 years before the state was liberated by the Indian armed forces in 1961.

CLAT 2021 Exam Registration Date Extended: Last date of filling online application form extended till May 15 - check how to apply, exam date and all other details here