The crisis-hit Punjab & Maharashtra Cooperative Bank (PMC Bank) has proved to be deadly. 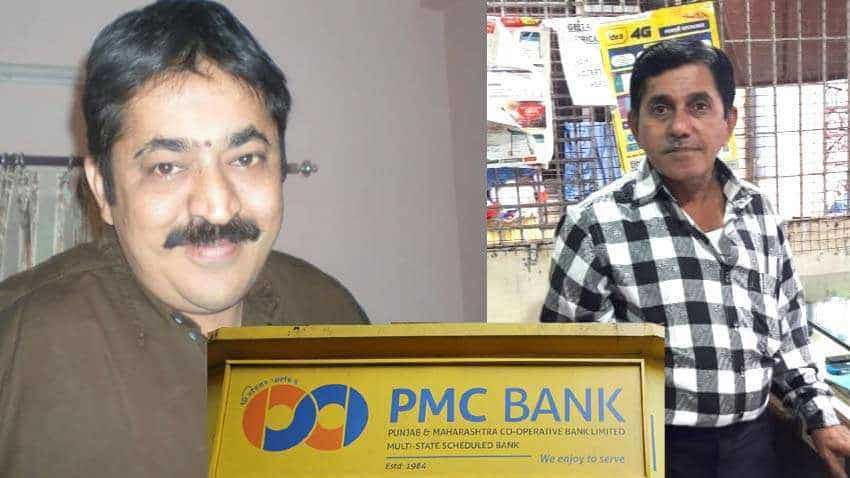 The crisis-hit Punjab & Maharashtra Cooperative Bank (PMC Bank) has proved to be deadly. Deprived of their money in the bank, two people have died due to stress. Yes, PMC Bank crisis has claimed as many as two lives in two days. First death was that of Sanjay Gulati, 51, of Oshiwara in Mumbai. He had four accounts with PMC Bank with about Rs 90 lakh in deposits. Ever since the PMC Bank scam surfaced, he was disturbed. In his family of four, there are two children, one of them is a special child. He is known to have already spent a huge amount on the treatment of his special child, but after the scam, he was facing trouble for even minor expenses for the treatment and was not able meet other expenses of his family. Sanjay was passing through difficult days and the excessive worry cost him his life. After suffering a heart attack, he was taken to hospital where he was pronounced dead on arrival.

Neighbour Prashant Tonar told Zee Business that Sanjay Gulati was in good health, and his sudden death is very shocking. No doubt, he was very tense these days, Tonar averred. Rajesh Dua, a relative of Gulati, said that the government should make efforts to deposit money for medical care and education of the fatherless children.

Sanjay used to work in Jet Airways, and with shutting down of Jet Airways he along with hundreds of other staffers was deprived of his main income. Sanjay was the sole breadwinner of his family. He has deposited all his savings with the PMC Bank. He hoped that till getting another job, he would live off his savings. Everything went well for a few days, but the PMC Bank scam was another blow that he failed to cope with. According to Rajesh Dua, Sanjay was not worried after losing his job but the PMC Bank scam, he lost hope.

Another Death And More Suffering
59-year-old Fattomal Punjabi from Mulund also died of a heart attack today around 12.30 pm. Fattomal used to run a hardware and electrical store in Punjabi Mulund, and has deposited his hard earned money in PMC Bank.

Another person who has been badly affected is Inderpreet Singh Bhatia of Koparkhairana in Navi Mumbai. He too has his account with PMC Bank. Inderjeet, who is BP patient, underwent a kidney operation this year. After the transplant, Inderjeet has to undergo 4 tests every month, incurring an expenditure of Rs 48,000. Along with the cost of medicines, his expenditure reaches about Rs 1 lakh. Inderjeet has an account with PMC Bank since 1993, along with accounts of other family members. He also has his current account in the bank to run the business, but the bank scam has stalled his business.

Inderpreet Singh Bhatia told Zee Business that the PMC scam culprits are yet to be punished, but account holders are struggling hard to cope up with with exigencies in their life.

The question here arises who is responsible for Sanjay's death? What will happen to Sanjay's family? Who is guilty of causing problems to account holders? When will account holders get justice? In the wake of the PMC bank scam, two lives have already been lost, there are many others who are suffering and striving hard to meet their day-today needs.