PMAY relief: How it will benefit homebuyers; check out builders' comments

The decision is another big step to boost the construction sector that contributes to increased activity on the supply side. This initiative is expected to result in enhanced economic activity that would contribute to improvement on the demand side. 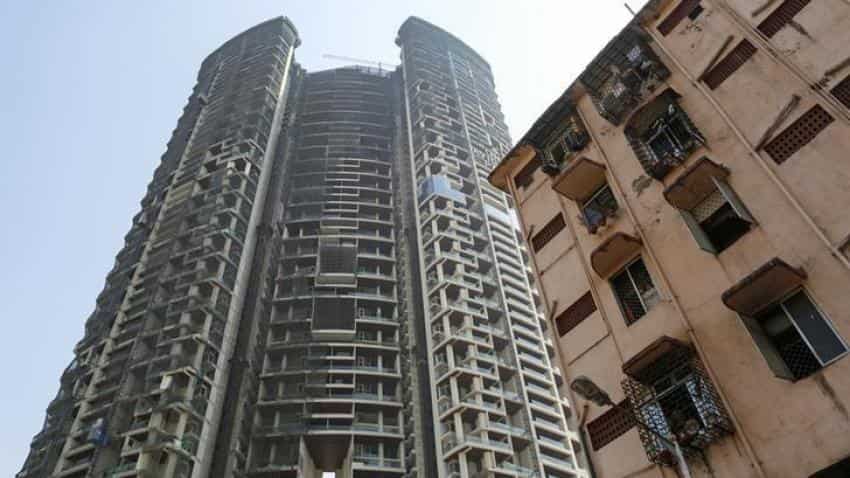 Apart from increasing the number of beneficiaries, the increase in carpet area will improve the construction activity and will assist in moving the housing sector forward. Image source: Reuters
Written By: ZeeBiz WebTeam
RELATED NEWS

In a move to attract more beneficiaries, the government has increased the carpet area of houses eligible for interest subsidy under its affordable housing scheme Pradhan Mantri Awas Yojana-Urban (PMAY-U). The Housing and Urban Affairs (HUA) Ministry yesterday said carpet area of houses has been enhanced to 160 sq m from 120 sq m for Middle Income Group-I (MIG-I), while the same has been increased to 200 sq m from 150 sq m in case of MIG-II. The move is likely to push housing sales, especially in small cities. So, let us try to understand the benefits it will provide to middle class households and also to real estate developers and consultants.

1. The decision is another big step to boost the construction sector that contributes to increased activity on the supply side. This initiative is expected to result in enhanced economic activity that would contribute to improvement on the demand side.

2. These enhancements will now enable more MIG customers to qualify for subsidy and avail the benefits provided under the ambitious flagship Mission of Pradhan Mantri Awas Yojana (Urban).

3. Apart from increasing the number of beneficiaries, the increase in carpet area will improve the construction activity and will assist in moving the housing sector forward.

4. This also augurs well with the Reserve Bank of India policy to revise the housing loan limits for priority sector lending (PSL) eligibility.

7. The government move will be a big boost to the economy.

CREDAI President Jaxay Shah tweeted that this is a government's gift to each MIG home buyer and big push for tier II-III urban housing.

Rajeev Talwar, Chairman, NAREDCO said: "The Middle Income Group segment to which these carpet sizes would cater to, is the biggest in the country, therefore, real estate activity is bound to experience a revival."

He added that it is "a tremendously impactful decision...Which shall further contribute in bringing down the estimated shortage of housing in the country".

ANAROCK Property Consultants Chairman Anuj Puri said the decision is a phenomenal move to boost sales of large-sized apartments, adding this change will have a significant impact on home sales in tier II and tier III cities where the land costs and therefore capital values of properties are low and larger apartments are within the reach of such buyers.

Anshuman Magazine, Chairman, CBRE India and South East Asia, said this is a step in the right direction and would support momentum in India's housing market, and added, "This will not only enable more home buyers to avail the subsidies and other incentives in the scheme, but will also help bolster construction activity in the affordable housing sector in the country."

Harshil Mehta, JMD & CEO, DHFL said: "The Government's announcement of increasing the sq-ft scale of residential units under the PMAY scheme, as well as the RBI's recent decision to increase the housing loan limits, reflect the government's strong intent to achieve its Housing for All mission by 2022 by enabling home ownership for every Indian."

Dhruv Agarwala, Group CEO, Proptiger.Com, Housing.Com, Makaan.Com, said this is another big step to boost the construction and real estate sector, adding "This will mean the facilitation of higher investments in affordable housing segment which has been accepted very well in the market, both by investors and end users."

Gulshan Homz Director Deepak Kapoor said this will surely boost the affordable housing development schemes, while Sikka group MD Harvinder Sikka said this decision will give a big boost to the housing sector.

Gaurav Gupta, Director, SG Estates, said the average middle class in smaller towns will be able to afford bigger and better quality homes than before and at the same time avail the benefits of CLSS under the PMAY.
BDI group MD Ssumit Berry welcomed the decision and said this will now enable more customers to qualify for the subsidy.

Notably, under Credit Linked Subsidy Scheme (CLSS) for MIG-I, 4 per cent interest subsidy is available on loan up to Rs 9 lakh for people with an annual income between Rs 6-12 lakh. Interest subsidy of 3 per cent is given on loan up to Rs 12 lakh to people with income between Rs 12-18 lakh per annum. A beneficiary can avail subsidy up to Rs 2.35 lakh, and it is applicable for the first-time home buyers till 31st March, 2019.