Prime Minister, however, has appointed PK Sinha, retired IAS officer, as an Officer on Special Duty in the PMO. PK Sinha, who as cabinet secretary retired on Friday is a 1977 batch Uttar Pradesh-cadre IAS officer. 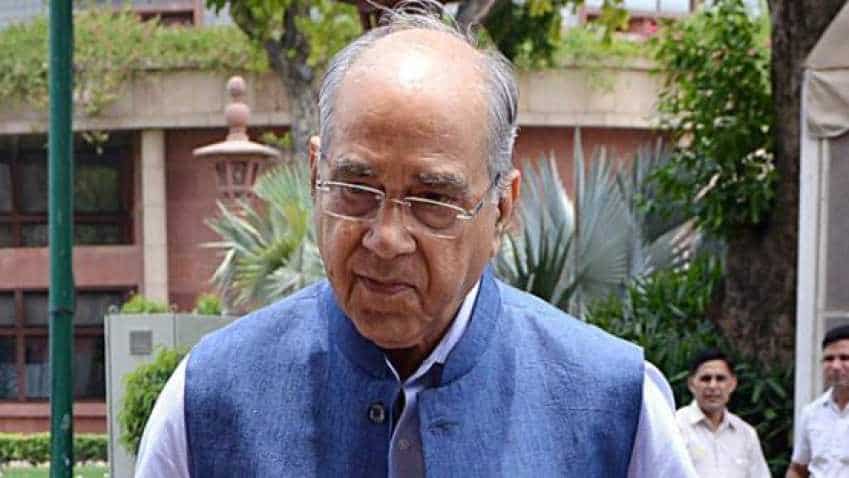 Prime Minister Narendra Modi's Principal Secretary Nripendra Misra expressed his intention to be relieved of his responsibility. The Prime Minister has requested him to continue for two weeks, according to ANI.

Meanwhile, the Prime Minister has appointed PK Sinha, retired IAS officer, as an Officer on Special Duty in the PMO. PK Sinha, who as cabinet secretary retired on Friday is a 1977 batch Uttar Pradesh-cadre IAS officer.

Lauding Nripendra Misra, the PM tweeted, "After serving the PMO assiduously and diligently for over five years and making an indelible contribution to India’s growth trajectory, Shri Nripendra Misra Ji will be embarking on a new phase of his life. My best wishes to him for his future endeavours."

Modi had appointed Misra as the man in-charge of coordinating between the PMO and various ministries when he came to power in 2014. Earlier, Misra served as the chairman of Telecom Regulatory Authority of India (Trai). The NDA government in 2000 had amended the TRAI Act to bar the chairman from taking up future government assignments.

The Prime Minister had to introduce an ordinance to amend the TRAI act to allow Misra to become his chief lieutenant.

An Allahabad University graduate, Misra is went on to pursue his master's from Harvard University. With over 40 years of experience, Mishra held several important positions in state and Centre. The 1967-batch IAS officer has been associated with the Vivekanand Foundation prior to joining the PMO.