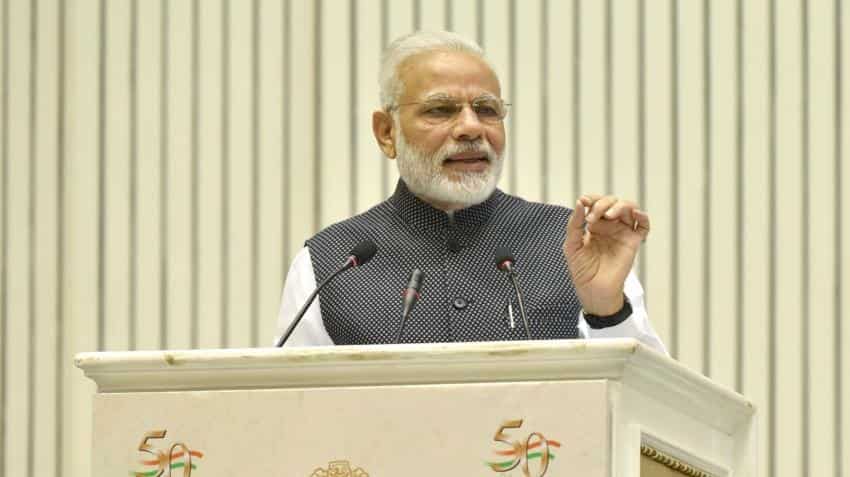 Prime Minister Narendra Modi on Saturday acknowledged the inconvenience caused to people by demonetisation and said it was a move that would end all the problems, including poverty, corruption and black money in India.

He also warned those who were stashing their black money into the Jan Dhan accounts of the poor.

He said the inconveniences caused by demonetisation would ease in 50 days. "There will be hardships for now, but things are already improving. I salute citizens of the country," he said, adding it was a queue that would put an end to all other queues in the country.

People, he said, were cribbing about long queues outside banks and ATMs and reminded "them there was a time when people would line up for buying oil and food".

He took a dig at previous governments and said political parties in power in the past had worked only for themselves and for their near ones but not for the poor.

Modi said corruption was at the root of all problems and that he was shocked that some people were criticising him for taking steps to fight it.

"I am surprised that in my own country some people are accusing me. Is it a sin that those who were looting country were now being made accountable?"

He said he had no vested interest. "I am a fakir (hermit). I will pack my bags and leave".

The Prime Minister said poverty needed to be eradicated from big states if India was to progress.