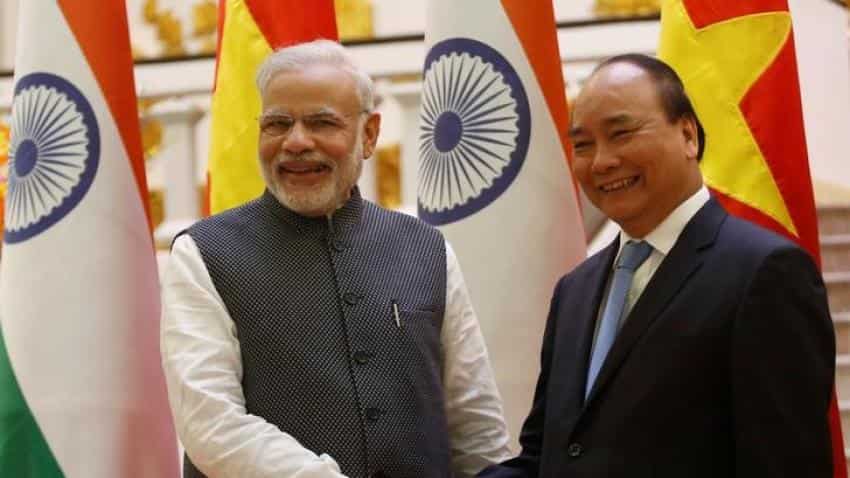 Prime Minister Narendra Modi offered Vietnam a credit line on Saturday of half a billion dollars for defence cooperation, giving a lift to a country rapidly pursing a military deterrent as discord festers in the South China Sea.

The deal was among a dozen cooperation agreements Modi signed in Hanoi alongside his Vietnamese counterpart, Nguyen Xuan Phuc, on the first visit to the country by an Indian prime minister in 15 years.

India and Vietnam share borders and large trade volumes with China and have repeatedly locked horns with Beijing, over the territorial disputes in the Himalayas and the South China Sea, respectively.

Both are also beefing-up of their defences and in India`s case, its defence industry, promoting heavily its supersonic BrahMos missile. India is keen to sell the missile to Vietnam and four other countries, according to a government note seen by Reuters in June.

It was unclear if the latest loan included the $100 million (nearly Rs 665.3 crore) India had previously made available to Vietnam for four yet-to-be-built patrol vessels in a deal agreed in late 2014.

In an address to media, Modi said the credit was for "facilitating mutual defence cooperation" and the relationship between the two countries would "contribute to stability, securities and prosperity in this region".

Modi, who was en-route to a G20 Summit in China, made no mention of the patrol vessels, nor BrahMos missiles, and did not elaborate on what Vietnam would use the $500 million (nearly Rs 3,326.4 crore) credit for.

The offer comes after a surge of almost 700% in Vietnam`s defence procurements as of 2015, according to the Stockholm International Peace Research Institute think-tank, which tracks the arm trade over five-year periods.

Vietnam is in the midst of a quiet military buildup analysts say is designed as a deterrent, to secure its 200 nautical mile Exclusive Economic Zone as China grows more assertive in staking its claims in the South China Sea.

Experts say Vietnam is in the market for fighter jets and more advanced missile systems, in addition to its six kilo-class submarines it has bought from Russia, the last of which it will receive late this year.

Both leaders said ties would be upgraded to the level of "comprehensive strategic relationship" and bilateral trade would be almost doubled to $15 billion (nearly Rs 99,791.3 crore) by 2020.

Meanwhile, PM Modi after reaching Hanoi tweeted saying this is a special visit and will go a long way in deepening the strong bond between India and Vietnam.

Reached Hanoi. This is a special visit & will go a long way in deepening the strong bond between India & Vietnam. pic.twitter.com/TRoKPVHiDW