I can't stay away from my own on Diwali, that's why I'm here with you, PM said. 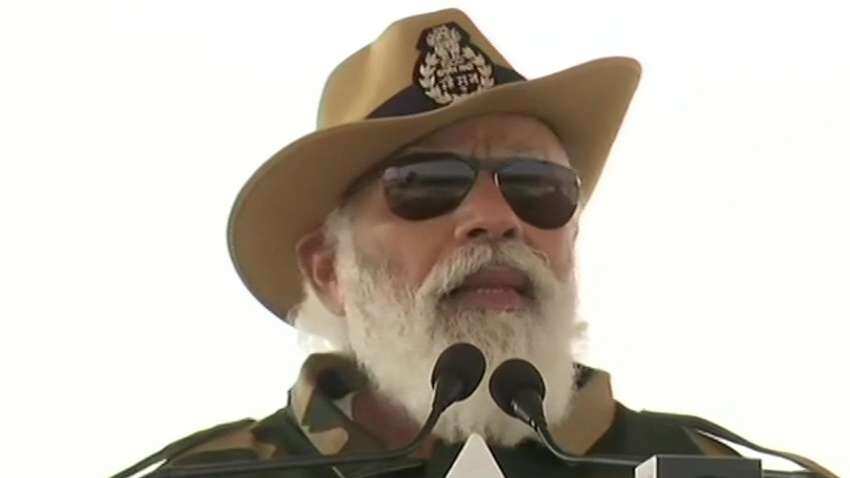 Every Indian is proud of our soldiers; no power of world can stop them from securing our borders, Modi said.

Prime Minister Narendra Modi on Saturday reached Rajasthan's Jaisalmer border to celebrate Diwali with the Armed Forces, in continuation of his set tradition since he took over as the Prime Minister of India in 2014. PM Modi paid tributes to valour of Brigadier Kuldip Singh Chandpuri in 1971 war against Pakistan and said that he became rashtra deep. Here are top quotes from the PM Modi's address at Longewala Post in Rajasthan:-

- I can't stay away from my own on Diwali, that's why I'm here with you

- Every Indian is proud of our soldiers; no power of world can stop them from securing our borders

- World now knows that India will not compromise with its interests even one bit: PM Modi in address to soldiers

- India trusts in policy of understanding others, making them understand but will reply strongly if it is tested

- Our sacrifices teach country discipline and sense of service

- More time I spend with you, stronger is my resolve to serve and protect country

Like every year, Prime Minister Narendra Modi is celebrating this Diwali also with the soldiers. He will distribute sweets and share their problems and listen to their views during his visit to Jaisalmer later in the day.  About 100 BSF troops along with Army troops will participate in the celebrations.

This Diwali celebration programme is being held at Longewala, the Thar desert of Rajasthan. It is originally a BSF Post and a strategic point en-route to capturing vast tracts of land and also a pivotal theatre of war in engaging India on the western front during the 1971 India-Pakistan War.

Last year, the Prime Minister had visited Jammu and Kashmir`s Rajouri district to celebrate Diwali with the army men guarding the Line of Control (LoC).

Modi was at the border positions of Uttarakhand to celebrate Diwali with the forces in 2018. He visited the Gurez sector of north Kashmir in 2017 and spent his Diwali with soldiers deployed there.