GVA or Gross Value Added is a measure of the value of all goods and services produced in an economy. 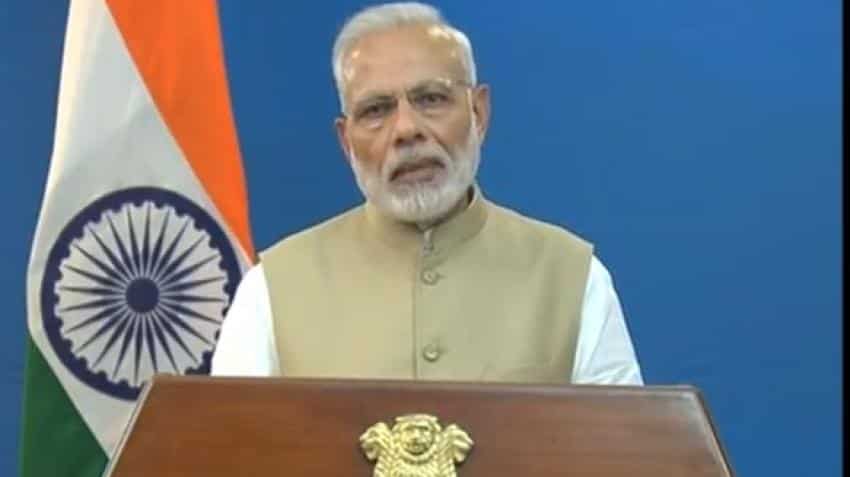 Banking sector is likely to come out stronger from this demonetisation drive. Photo: IANS

In general, services sector will be affected sharply in Q3 which cannot be recouped in Q4, though the intensity will reduce over the 7 month window ending December 31st

Manufacturing gets affected on both demand conditions being low as well as SMEs managing cash. But these losses can be compensated for in Q4 to some extent.

Agricultural shocks have been witnessed in the first 2 weeks only and would get diluted by end-November.

GDP  is a sum total of all goods and services produced in a country.

Madan Sabnavis, Chief Economist, and Anushka Sawarkar, Associate Economist, Care Ratings, in a report titled 'Impact of demonetization on GDP growth in FY17' said, "Some of the losses in GDP incurred in these seven weeks (under third quarter) will be recovered in the next quarter, particularly for consumer goods where there would be only deferment of purchase. However, the same doesn’t stand for losses in services sector".

GVA for the services sector (including construction) is estimated to be at Rs 64,51,616 crore for the current fiscal year. This is expected to drop between Rs 29,420 crore to Rs 45,130 crore.

GVA or Gross Value Added is a measure of the value of all goods and services produced in an economy.

GDP, simply put, is GVA with taxes minus subsidies.

The report pointed out that the service sector is expected to be affected the most, mainly on account of losses in trade, hotel, transport due to the volume of cash transactions involved in these economic activities. "Importantly, these losses, due to their inherent nature, can’t be recovered in the next quarter," it said.

SMEs in industry will have a major problem in adjusting production schedules as both payments and receipts flow in cash given their structures. "For rest of manufacturing, demand side issues would exist till such times conditions stabilize and could get reversed in Q4. Hence, Industry is also expected to be impacted which will be more significant in the first 2-3 weeks post the announcement," it said.

Banking sector is likely to come out stronger from this demonetisation drive. "The gains would be positive for the banking sector due to the increase in deposits which would be countered by slowing down of other sectors in the group like real estate," CARE Ratings said.

Agriculture sector, CARE Ratings believe, will be least impacted with with major shock being absorbed in the first 2-3 weeks itself as there have been issues in sales at mandis due to the cash crunch presently.

"The GVA numbers for FY17 in the second column have been drawn up on the assumption of growth of 7.6% for the year which was our assumption prior to the demonetisation with GDP growth projected at 7.8%," CARE Ratings said.