PM Modi on Friday welcomed PM Hasina to India by arriving at the Delhi airport. 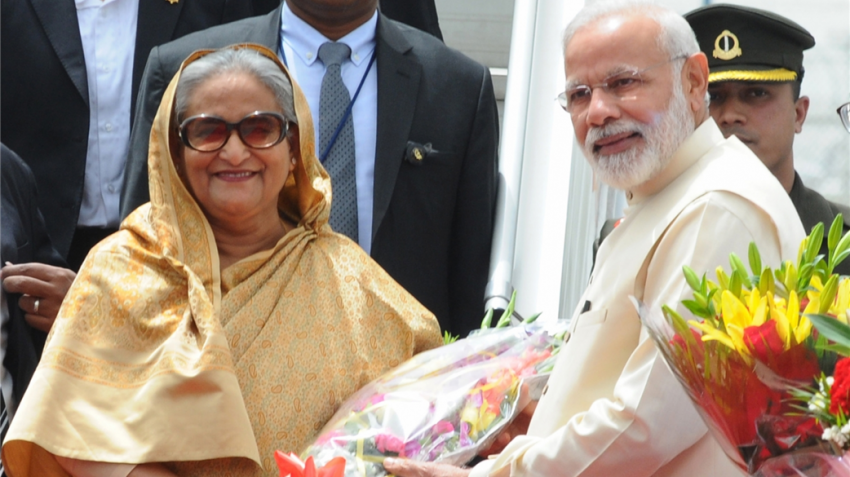 Will hold talks with Prime Minister Sheikh Hasina, during which we will discuss ways to further deepen ties between India & Bangladesh.

PM Modi further tweeted that PM Hasina will join him for a programme at 3:30 PM to honour the Indian soldiers martyred in the 1971 war, at the Manekshaw Centre.

PM Modi on Friday welcomed PM Hasina to India by arriving at the Delhi airport.

At 3:30 PM today, PM Sheikh Hasina & I will join a programme to honour Indian soldiers martyred in the 1971 war, at the Manekshaw Centre.

Modi tweeted, "Delighted to welcome Sheikh Hasina, the Prime Minister of Bangladesh, on her state visit to India."

"PM Sheikh Hasina and I are determined to take the relationship between our nations to a new level," he added.

According to reports, Modi travelled from his Lok Kalyan Marg official residence to Delhi airport in normal traffic and there were no route restrictions put in place.

Both the leaders are expected to ink over 20 agreements ranging from ICT to defence cooperation during the visit.