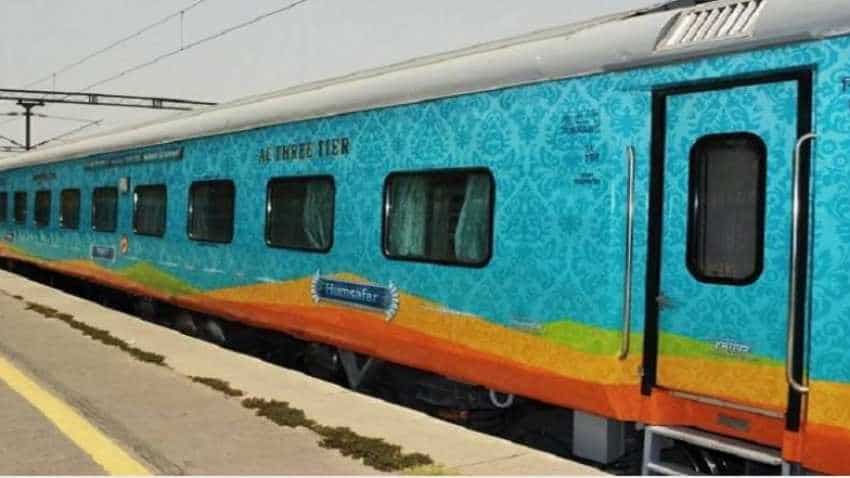 PM Modi said that connectivity was the key to development, and road and railway projects will help in overall development of Yavatmal and surrounding regions. Representational Image source: PTI

Prime Minister Narendra Modi today flagged off Ajni (Nagpur) - Pune Humsafar express train through video link.  PM Modi said that connectivity was the key to development, and road and railway projects will help in overall development of Yavatmal and surrounding regions. Modi was at Yavatmal in Maharashtra today where he unveiled multiple projects. Hamsafar Express will solve the problem of people who travel between Nagpur and Pune. This was the long-standing demand of people of Nagpur.

The train will have coaches, including 13 AC tier-3 compartments. Union Minister Nitin Gadkari and Maharashtra Chief Minister Devendra Fadnavis were also present on the occasion. The PM Modi also laid the foundation stone of road projects worth Rs 500 crore at Yavatmal with the press of a button and handed over the keys to selected beneficiaries of the Pradhan Mantri Awas Yojana (PMAY).

“About 14500 new houses are built at Yavatmal under PMAY. We will achieve our target of Housing for All by 2022. These concrete homes will lead to concrete dreams of people inhabiting them,” he said.

The Prime Minister also distributed certificates and cheques to women SHGs under the Maharashtra State Rural Livelihoods Mission.  He said that the programme at Yavatmal is an extension of the government's effort to provide each and all the Panchdhara of development which is -- education for children, livelihood to youth, medicine for senior citizens, irrigation to farmers and addressal of public grievances.