The decision has been taken to address the existing challenges in implementation of Crop Insurance Schemes. 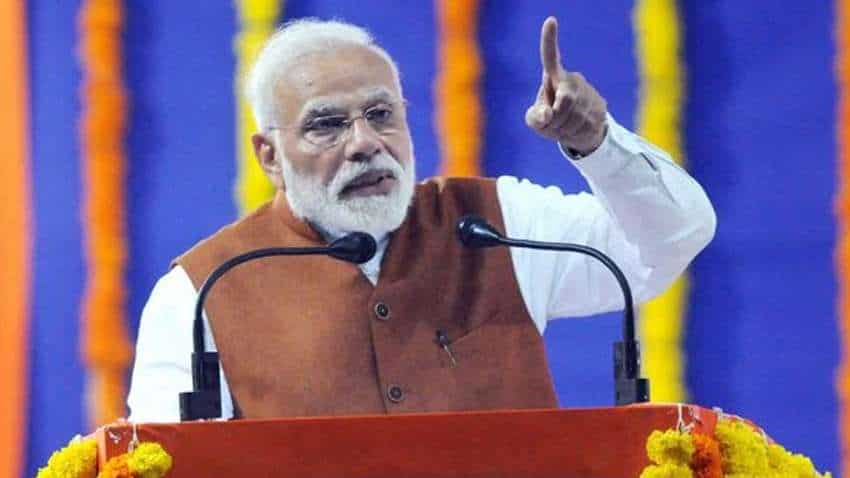 With the changes, it is expected that farmers would be able to manage risk in agriculture production in a better way and will succeed in Stabilizing farm income. PTI photo
Written By: Prashant Singh
Edited By: Harish Dugh
RELATED NEWS

The Union Cabinet, chaired by the Prime Minister Narendra Modi has approved revamping of "Pradhan Mantri Fasal Bima Yojana (PMFBY)" and "Restructured Weather Based Crop Insurance Scheme (RWBCIS)". The decision has been taken to address the existing challenges in implementation of Crop Insurance Schemes.

With the changes, it is expected that farmers would be able to manage risk in agriculture production in a better way and will succeed in Stabilizing farm income. Further, it will increase coverage in north eastern region enabling farmers of NER to manage their agricultural risk in a better way.  These changes will also enable quick and accurate yield estimation leading to faster claims settlement. Also, these changes are proposed to be implemented from Kharif’ 2020 Season throughout the Country.

It is proposed to modify certain parameters/provisions of ongoing schemes of PMFBY and RWBCIS as under:-

-Allocation of business to Insurance Companies to be done for three years (Both PMFBY/RWBCIS).

-Option shall be given to States/UTs to choose Scale of Finance or district level Value of Notional Average Yield (NAY) i.e. NAY* Minimum Support Price (MSP) as Sum Insured for any district crop combination (Both PMFBY/RWBCIS). Farm gate price will be considered for the other crops for which MSP is not declared.

-Flexibility to States/UTs to implement the Scheme with option to select any or many of additional risk covers/features like prevented sowing, localised calamity, mid-season adversity, and post-harvest losses. Further, States/UT can offer specific single peril risk/insurance covers, like hailstorm etc, under PMFBY even with or without opting for base cover (Both PMFBY/RWBCIS).

-States not to be allowed to implement the Scheme in subsequent Seasons in case of considerable delay by States in release of requisite Premium Subsidy to concerned Insurance Companies beyond a prescribed time limit. Cut-off dates for invoking this provision for Kharif and Rabi seasons will be 31st March and 30th September of successive years respectively (Both PMFBY/RWBCIS).

-For estimation of crop losses/admissible claims, two-Step Process to be adopted based on defined Deviation matrix" using specific triggers like weather indicators, satellite indicators, etc. for each area along with normal ranges and deviation ranges. Only areas with deviations will be subject to Crop Cutting Experiments (CCEs) for assessment of yield loss (PMFBY).

-Technology solutions like Smart Sampling Technique (SST) and optimization of number of CCEs to be adopted in conducting CCEs (PMFBY).

-In case of non-provision of yield data beyond cut-off date by the States to implementing Insurance Companies, claims to be settled based on yield arrived through use of Technology solution (PMFBY alone).

-Provisioning of at least 3% of the total allocation for the Scheme to be made by Government of India and Implementing State Governments for administrative expenses. This shall be subject to an upper cap fixed by DAC&FW for each State (Both PMFBY/RWBCIS).

-Besides above, Department of Agriculture, Cooperation and Farmers Welfare in consultation with other stakeholders/agencies will prepare/develop State specific, alternative risk mitigation programme for crops/areas having high rate of premium. Further, as the scheme is being made voluntary for all farmers, therefore, to provide financial support and effective risk mitigation tools through crop insurance especially to 151 districts which are highly water stressed including 29 which are doubly stressed because of low income of farmers and drought, a separate, scheme in this regard would also be prepared.

-The concerned provisions/parameters of scheme and operational guidelines of the PMFBY and RWBCIS shall be modified to incorporate the above said modifications and shall be made operational from Kharif 2020 season.