Petrol, diesel prices soar to records; here is why Centre's windfall tax solution may not work

The government plans to levy a windfall tax on oil producers like Oil and Natural Gas Corp (ONGC) as part of a permanent solution, it is working on for moderating the spiralling retail prices of petrol and diesel. 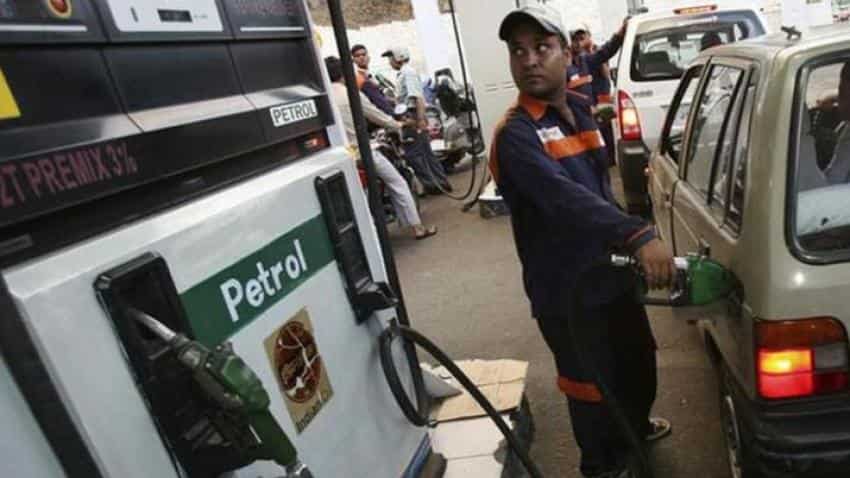 The government plans to levy a windfall tax on oil producers like ONGC as part of a permanent solution. Image source: PTI
Written By: ZeeBiz WebTeam
RELATED NEWS

The government plans to levy a windfall tax on oil producers like Oil and Natural Gas Corp (ONGC) as part of a permanent solution, it is working on for moderating the spiralling retail prices of petrol and diesel. Under the scheme, oil producers, who get paid international rates for the oil they produce from domestic fields, would have to part with any revenue they earn from prices crossing $70 per barrel mark.

However, experts said the plan may not work as the revenue collected from such a levy would be very low as it would be charged on just 10% of the country’s total oil demand. A windfall tax would offset a very small portion of the global crude price rise impact as 90% of India’s oil demand was currently met through imports, they said.

They also felt that it would adversely impact investment in oil exploration and production (E&P) industry.

Aditi Nayar, vice-president, principal economist at credit rating agency Icra, said the government would have to counter-balance fiscal and inflation risks when it tackles the rising petroleum and diesel prices.

“If the crude oil price sustains at as much as $80/barrel, a fiscal response may be forthcoming via eventual excise duty cuts.

However, the government may prefer to wait for additional information about the level at which the monthly GST revenues stabilise after the e-way bill introduction, before reducing excise duty on fuels,” she said.

“India produces about 10% of the oil that it consumes. It would be anything between 11% and 15% if you include gases. Now, as much as you may want, in terms of tax that you slap on 10% of the crude oil that we produce you are not going to get a kitty to make up for any crude oil price rise and strain on oil companies. How much can you charge? If you charge 10% windfall tax, which is considered very high globally then 10% levy on 10% of production is 1% of revenue,” said the PwC energy expert.

“This is not a fair solution because today the petroleum and diesel prices are high because taxes are high. So, the main solution should be to rationalise taxes to say $50 level or put a cap on excise duty or other taxes that are being collected. That will be a better option,” he said.

Ranganathan also feels that the windfall profit tax on domestic oil producing firms leaves a bulk of oil consumed in India out of its ambit.

“What will you do for the bulk of the imported quantity of oil?  For that, you will anyway have to foot the bill,” he said.

Mahurkar believes such a tax will drive away investors.

“The moment you start talking about it (windfall gain taxes), the companies in the E&P industry, which are already operating will obviously get caught in it. But those which is expecting to come and invest in India will lose complete interest. This is the worst thing that can happen to an E&P regime, where the government charges windfall gain. Thereafter, the investors never get interested to come and bid for blocks or invest or buyout some of the assets,” warned the PwC expert.

He feels that if E&P companies are not allowed to gain from higher crude oil prices then there was a danger of India some good investors.

According to him, most of the local oil producing firms has taken a hit on their revenues when international crude price had dipped to $35 per barrel and so should be allowed to make for that loss when the prices are up today.

“When crude prices are lower the oil producers bear that loss in India. ONGC had declared that their cost of production is $60 per barrel whereas the crude oil price had fallen to $35 per barrel. So, in normal circumstances they were incurring losses.  So, E&P companies should obviously be allowed some gains crude prices are high,” said Mahurkar.