Making this announcement in a press conference, Finance Minister Arun Jaitley said, "We are writing to the state government that as the central govt is cutting Rs 2.50 on both petrol & diesel, they do the same. 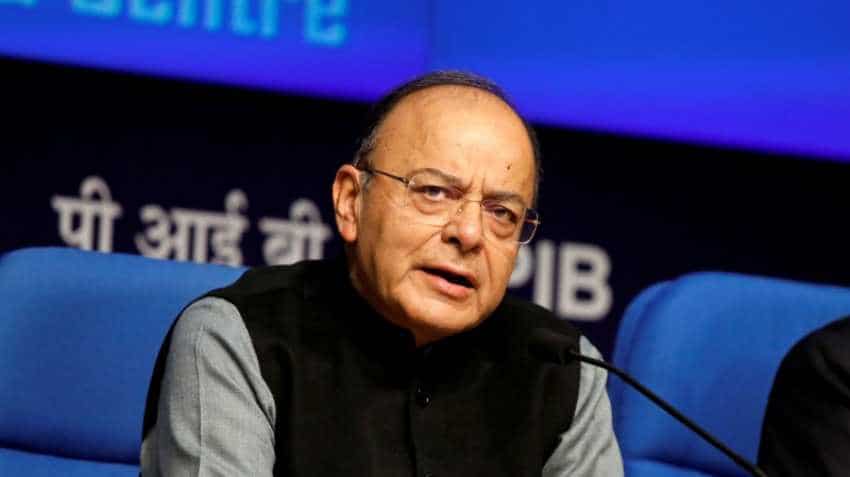 A total of Rs 2.50 will be reduced on both diesel and petrol following the government decision. Image source: Reuters
Written By: ZeeBiz WebTeam
RELATED NEWS

Common man today gets relief from rising fuel prices, as the government decided to cut excise duty by Rs 1.50 and OMCs will absorb Rs 1, therefore, a total of Rs 2.50 will be reduced on both diesel and petrol. Making this announcement in a press conference, Finance Minister Arun Jaitley said, "We are writing to the state government that as the central govt is cutting Rs 2.50 on both petrol & diesel, they do the same.

"Several macroeconomic data is indicating stable measures. The first quarterly results have shown an 8.2% growth. Inflation is still moderate less than 4%," said Jaitley, adding "Rs 10,500 crore will be the impact of excise duty cut this year."

Further, he said that inflation in India is still moderate at less than 4 pe cent and higher direct tax collections give comfort with regard to fiscal deficit, adding domestic macroeconomic indicators are strong and stable, except for current account deficit.

Earlier in the day, Finance Minister Arun Jaitley met Oil Minister Dharmendra Pradhan to look at options to mitigate its impact on the economy, said a PTI report citing sources aware of the discussion.

Notably, diesel is the most used fuel in the farm sector, as tractors tilling the soil to irrigation pump sets - all use diesel, and a spike in its prices is bound to add to the cost cost of farming.

The two ministers are believed to have discussed options to mitigate the impact of rising international oil prices and rupee dipping to new lows.

Petrol prices were Thursday hiked by 15 paise a litre and diesel by 20 paise, according to price notification of state-owned oil firms.

Earlier, states like Rajasthan, Andhra Pradesh and Karnataka reduced VAT on petrol diesel to give some comfort to consumers.

Almost half of the fuel price is made up of taxes. The centre levies a total of Rs 19.48 per litre of excise duty on petrol and Rs 15.33 per litre on diesel, and the states too levy value added tax (VAT).

Between November 2014 and January 2016, the central government had raised excise duty on petrol by Rs 11.77 a litre and that on diesel by Rs 13.47 a litre in nine installments to shore up finances as global oil prices fell, but then cut the tax just once in October last year by Rs 2 a litre.