Over 5,000 ATMs shutdown in last one year, this is the reason why

The number of bank ATMs in the country is continuously declining due to rapidly growing digital banking. The banks are cutting their costs by reducing the number of ATMs across the nation. 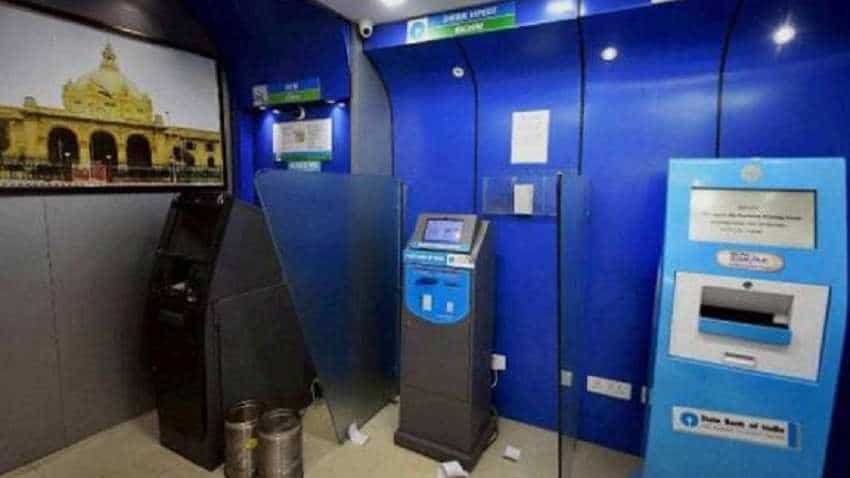 India has only 22 ATMs per 1 million people compared to developed countries. PTI

Dinabandhu Mohapatra, MD, CEO, Bank of India told Zee Business TV, ''We have closed around 1200 to 1500 ATMs in the country but ensuring better placement of machines and optimum utilisation. It has helped us improve the overall ATM usage by customers and has resulted in better income. We are focusing on digital banking and will be making it convenient for customers.''

Rajnish Kumar, Chairman SBI said, ''Our customer base of 43 crore people will never pose a challenge to our operations in payment space. Comparing the technology parameter in the sector, then SBI is equal to or ahead of other institutions in the sector.''

In FY 18-19, in order to cut on the expenses and do branch rationalisation, State Bank of India has shut down 1,126 ATMs in India. While Bank of India has discontinued its 1,282 ATMs in the country. Meanwhile Union Bank of India closed 992 and Punjab National Bank has blocked 413 ATMs across nation. Private players like Axis Bank and Yes Bank have reduced 2013 and 424 ATMs respectively. However ICICI Bank and HDFC Bank have increased ATM points outside their branches.

Sanjeev Patel, Director, CATMi explained, ''After the new guidelines issued by RBI, the cost of running ATMs has increased a lot. Also a customer can use other bank's ATMs at very low cost in case of no presence of local bank's ATM, which makes the interchange rate very less. PSB are not installing new ATMs and closing down some already installed ones. The result will impact rural population a lot due to less knowledge of digital banking among people.''

Increase in real estate rentals, new security features have increased the cost of ATMs and the bank is not prepared for it. Besides this, third party ATMs are also expensive to run, while small transactions are not beneficial enough.

India has only 22 ATMs per 1 million people compared to developed countries, whereas in Russia it is 164 and Brazil has 107 ATMs on 1 lakh people. In India, the number of ATMs will be decreasing in future, which will be a loss for the poor population who are not well equipped with net banking, mobile banking or e-wallets.