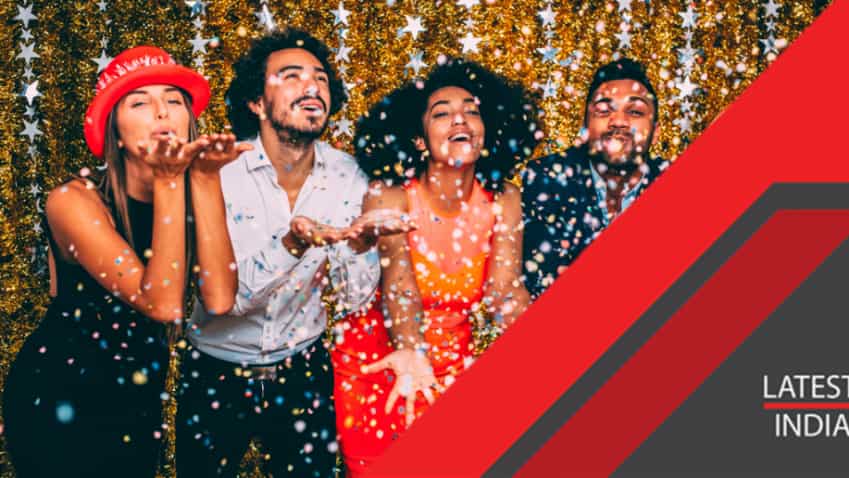 A majority of the Indian internet population is already using some services online, said a report.

The report, based on the latest analysis from the India digital economy, by RedSeer analyses India's Internet usage evolution and concludes that 500 million people have access to Internet in the very first stage, termed as zero (0) stage.

The data showing the next stage evolution, stage 1, includes users of WhatsApp, Facebook and other social media comprising 250 million people.

200 million users are found to be using Google, Wikipedia, email etc in stage 2. While  stage 3, that belongs to the usage of Banking and basic paid services like recharge, consisted of 165 million users.

Further in the stage 4, the RedSeer shows that merely 50 million users are the consumers using internet, including online retail, travel, food delivery among others.

According to the data, shown in the inverted pyramid, from stage 0 to stage 4, the number of users decline with online maturity and their usage pattern also varies. 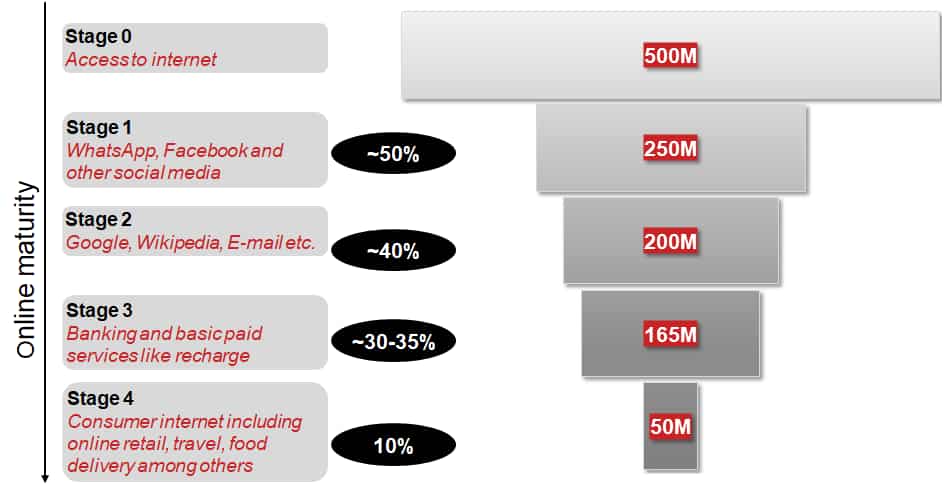