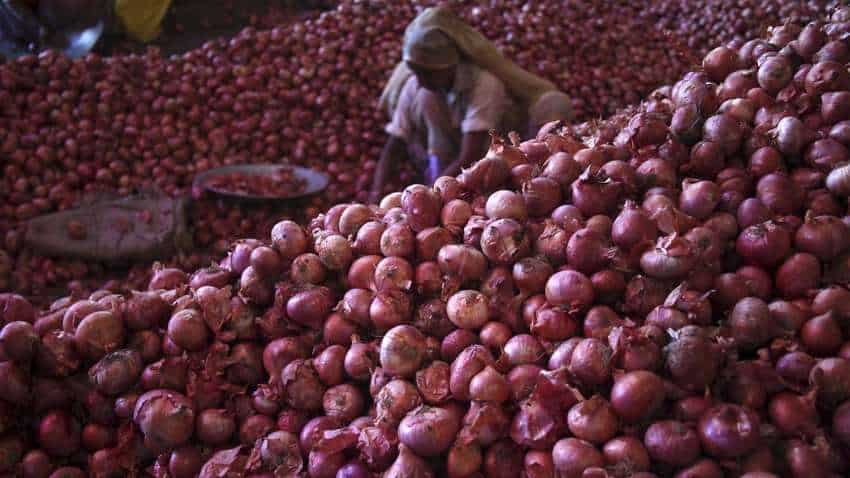 Modi government set to turn around onion prices; this is the big plan

Onion prices have been coming down over the last two weeks. The reason for that is the new crop coming into the market. The prices of onions in the wholesale markets have gone down by over 50%. Prices of onion in Ghazipur Mandi in Delhi have been between Rs 20 and Rs 30 per kg. However, as far as the household person who does the vegetable buying is concerned, onion rates are still high! In fact, prices in the retail markets have been anywhere between Rs 60 and Rs 70. The question then that arises is - are people being cheated?

A Zee Media team began a probe to find out the reality. The team reached the Ghazipur Mandi where it met president of the wholesale market Ishwar Chandra Pandey. Pandey told Zee Media that prices of onion have been continuously falling in fact the prices on Tuesday (14th January) were between Rs 20 and Rs 30.

So, people are being cheated in  the retail market because they are not aware about the falling prices, Pandey claimed.

Meanwhile, a shopkeeper told his side of the story to the Zee Media team and said that retailers were still selling the old onions that they had procured at higher prices.

Retailers from different parts of Delhi and Noida who had come to the Ghazipur mandi told our team that they were facing problems in buying onions from the mandi as the wholesalers were demanding commissions between 7%-8%. This was the reason why the retailers were selling onions at Rs 60 as the cost for them shot up Rs 50, they added.

The team then went to the retailer mandis. At one of the shops, the onion was being sold at Rs 59 per kg. The team then went to Paharganj mandi where it met customers who were still troubled by the high prices. Though they admitted that the prices were coming down in wholesale markets, the retailers were still charging between Rs 60 and Rs 70 per kg.

It is noteworthy that the prices shot-up significantly as the yield came down due to heavy rain.

The government has taken several steps to control the rising prices including restrictions on exports, putting limits on stocking, providing buffer stocks at lower prices and importing onions from Turkey and Afghanistan.

Modi government set to turn around onion prices; this is the big plan