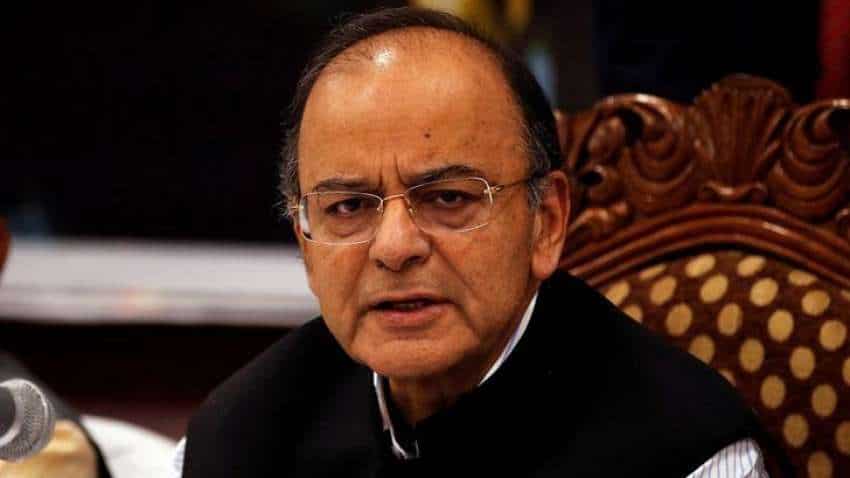 Arun Jaitley said that once the collections go up, there might be scope to merge some of the mid-category tax slabs. Image source: Reuters
Written By: ZeeBiz WebTeam
RELATED NEWS

Union Finance Minister Arun Jaitley has defended the current form of GST, saying Rahul Gandhi's idea of single slab GST is flawed. The minister said that once the collections go up, there might be scope to merge some of the mid-category tax slabs. However, he said a single-slab system will not work for India. A single slab GST function only in those countries where the population has a similar and a higher level of paying capacity, therefore the idea of Rahul Gandhi is flawed, Jaitley wrote in a Facebook post.

"Since GST is a regressive tax, the poor have to be given a substantial relief. Thus most food items - agricultural products and the aam aadmi (common man) used products have to be tax exempt. Some others have to be taxed at a nominal rate. The others could be taxed higher," the minister said.

Jaitley said more items from the 28 percent category can come down once the revenue from GST goes up.

The minister said the government worked out a formula to ensure that "petroleum products would be included in the GST, IANS reported. "The UPA kept petroleum products permanently outside GST. We brought them back into the Constitution as levyable to GST and can gradually impose the GST when the GST Council so decides."