It will take 10 lifetimes for the average minimum wage worker in rural India to earn what the country’s ‘cream of the crop’ earns. And Indian women are worse off. 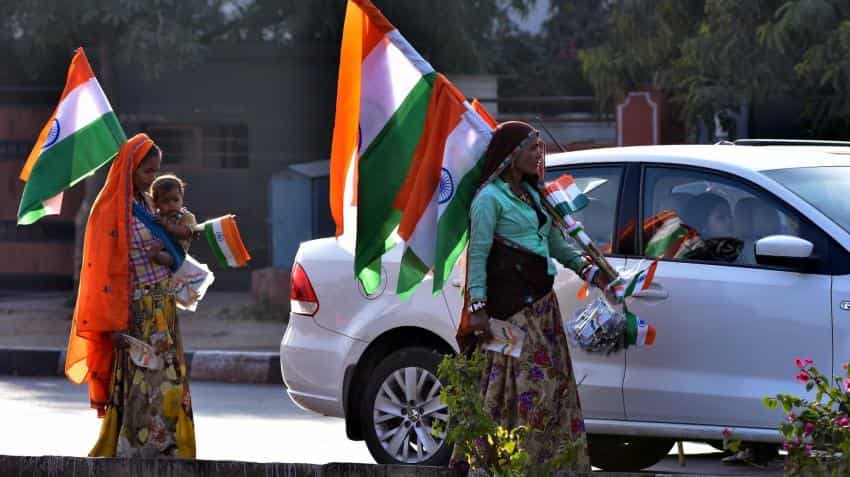 Ten out of every 100 billionaires globally are women. India has far less.

Kiran Mazumdar-Shaw, India’s self-made woman billionaire and founder of Biocon, ranked 72nd on Forbes’ list of richest Indians in 2017. She is joined by three others on the list who have inherited their wealth.

These four women are the only ones that feature on India’s rich list amidst 100 men (4 out of 100). To put this in context, on a global scale one in 10 billionaires is a woman, a report by Oxfam revealed on Monday.

“Across the world, women consistently earn less than men and are concentrated in the lowest paid and least secure forms of work. By comparison, 9 out of 10 billionaires are men. In India, there are only four women billionaires and three of them inherited family wealth,” the report said.

India now has 101 billionaires, however there still continues to be just four women on the list.

Why is this a problem?

The survey revealed 1% of India’s ‘Ambanis’ and ‘Adanis’ were in possession of 73% of India’s wealth. The country added 17 new billionaires in 2017.

“It would take 941 years for a minimum wage worker in rural India to earn what the top paid executive at a leading Indian garment company earns in a year,” the report jested claiming 10 lifetimes to achieve this feat.

The growing income inequality between the rich and poor also shines light on the wage gap in India, which was labelled as ‘the worst in the world’ by International Labour Organisation.

Shaw’s wealth is a fruit of founding her own company. However, she featured last among the women on Forbes’ list with a net worth of $2.16 billion.

Vinod & Anil Rai Gupta, mother and son ranked next, draw their fortune from a 60% holding in flagship Havells India. And Leena Tewari followed who also inherited their wealth from family.

The four Indian women’s total net worth, as cited by Forbes, amounted to $11.8 billion. This was not even half the net worth of the richest Indian on the list, Mukesh Ambani (over $40 billion).

“Approximately a third of billionaire wealth is derived from inheritance. Over the next 20 years, 500 of the world’s richest people will hand over $2.4 trillion to their heirs – a sum larger than the GDP of India, a country of 1.3 billion people,” the report said.

The report also revealed 67 crore Indians who comprise the poorest half of the population saw 1% increase in their wealth.

“In India, those living on $2 a day have a mortality rate three times the global average. The same is true in many other countries. If $2 is too low to achieve basic nutrition, or to secure a fair chance of surviving the first year of life, it is unclear why this should even be described as the end of ‘extreme poverty’. Healthcare spending during accidents or emergencies for low-income households often means a reduction in the consumption of food or other basic needs that can push people below the extreme poverty line,” Oxfam report said.

The report attributed this to a ‘huge’ share of global income growth is consistently accruing to those at the top.

“The poorest 40% of people living in developing countries, which account for 80% of the global population, have seen their incomes grow slower than the rest of society.”

“It is alarming that the benefits of economic growth in India continue to concentrate in fewer hands. The billionaire boom is not a sign of a thriving economy but a symptom of a failing economic system,” Nisha Agrawal, CEO of Oxfam India said.

Last year saw the biggest increase in the number of billionaires in history. “There are now 2,043 dollar billionaires worldwide.”

Over 70,000 people were surveyed in 10 countries across five continents, representing over one-quarter of the world’s population.

What Oxfam wants from the Union Budget 2018

Promote inclusive growth by ensuring that the income of the bottom 40% of the population grows faster than of the top 10% so that the gap between the two begins to close. This can be done by encouraging labour-intensive sectors that will create more jobs; investing in agriculture; and effectively implementing the social protection schemes that exist.