Telugu film Oh Baby, starring Samantha Akkineni has grossed Rs 17 crore in its opening weekend, according to a poster released by its makers on Monday. 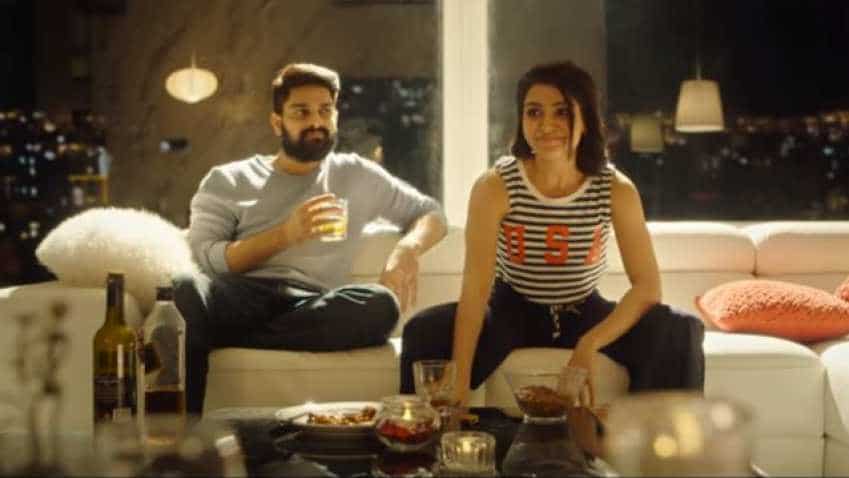 Telugu film Oh Baby, starring Samantha Akkineni has grossed Rs 17 crore in its opening weekend, according to a poster released by its makers on Monday.
Written By: ZeeBiz WebTeam
Edited By: Harish Dugh
RELATED NEWS

Telugu film Oh Baby, starring Samantha Akkineni has grossed Rs 17 crore in its opening weekend, according to a poster released by its makers on Monday. Oh Baby has been directed by Nandini Reddy. The comedy drama story of a 70-year-old woman who wakes up one day to find herself in the body of a 24-year-old. 'Oh! Baby' is the official remake of South Korean comedy 'Miss Granny'.

Sharing the poster on her Twitter page, Samantha wrote: "What a weekend. Thank you for all the Baby love. We are doing back flips."

In the US, Oh! Baby film has collected half a million dollars in its opening weekend and will look to enter the million dollar club in a few days.

Star actor, Rana Daggubati also used Twitter to express his gratitude, "And the weekend numbers are out and huge!! Congratulations and thank you team #ohBaby on the blockbuster!!.,'' he wrote.

The film is not only earning huge in India but is getting dominating response in international markets as well. The movie has taken a great start at the USA box office. Though the film managed to collect Rs 3.85 crore gross in its opening weekend, the film has reported a successful first weekend with earnings of Rs 17 crores approx worldwide.