Nuclear arsenal: Who’s got the biggest and where does India stand?

Here's where India ranked on the list compiled by Federation Of American Scientists on nuclear arsenal. 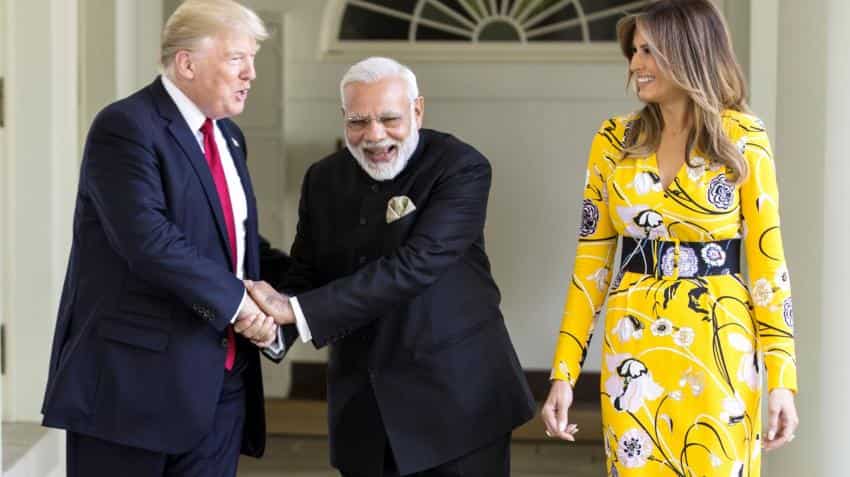 The year 2018 has started off with two world leaders speaking about their close proximity to setting off nuclear weapons.

Kim Jong-un, North Korea’s leader in his New Year's Day speech cited nuclear arsenal. “The United States should know that the button for nuclear weapons is on my table.”

To this, President of United States, Donald Trump, on Wednesday tweeted out, “North Korean Leader Kim Jong Un just stated that the “Nuclear Button is on his desk at all times.” Will someone from his depleted and food starved regime please inform him that I too have a Nuclear Button, but it is a much bigger & more powerful one than his, and my Button works!”

President Trump does not actually have access to a nuclear button that could detonate bombs. In fact, as pointed out by a BBC report, the President has access to a ‘biscuit’ which is a card containing codes.

The report goes on to entail the long procedure needed if the President were to order a strike.

Nonetheless, an estimated 14,555 nuclear warheads are currently in the hands of just nine countries and India is one of them, Statista report said.

India ranked seventh on the list with 130 nuclear missiles, behind Pakistan which was estimated to have 140.

At the top of the list, compiled by the Federation Of American Scientists (FAS), were Russia and the US.

“With a combined arsenal of over 13,000, this particular hangover from the Cold War is still plain to see. Up to now the two have been undergoing programmes of disarmament - of this 13,400, over 5,000 are officially retired and awaiting dismantlement,” the report said.

North Korea on the other hand was last on the list.

“The FAS does indeed estimate that the country (North Korea) is in possession of between 10 to 20 warheads,” the report added.