As both government and RBI trying to do all they can, lets have a look at other countries who tackled with the same so-called NPA problems. Some of these methods may help India  in their problem as well. 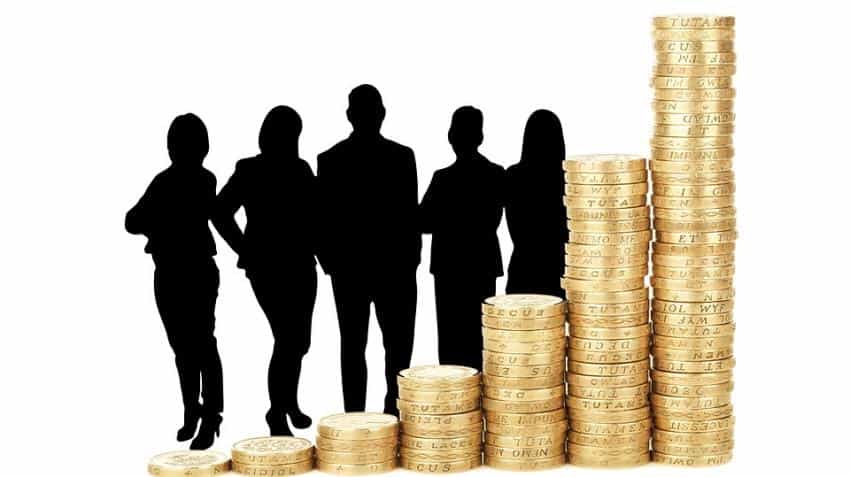 The Government of India, along with Reserve Bank of India (RBI), has working to solve the non-performing assets (NPA) crisis of the banking sector. They suggested two key areas, first, approval of specific resolution plans for 20-30 large stressed assets by a government committee, second, conversion of a portion of debt of stressed assets to equity may partly alleviate the problem.

"To thwart future NPLs, the government can look at ‘preventive’ measures such as (1) development of a corporate bond market and (2) empowerment of public banks’ management and private banks’ boards," they said.

RBI now has more power to intervene in the NPA resolution and the central bank has issued directions regarding assets under corrective action plan (CAP) on joint lenders forum (JLF).

Moody's Investors Services in its recent report said. “Resolution for NPAs is a long process due to two factors -  the operating environment in key stressed sectors remains quite challenging and the market value of stressed assets is typically much lower than what the banks currently reflect on their balance sheets.”

As both government and RBI trying to do all they can, lets have a look at other countries who tackled with the same so-called NPA problems. Some of these methods may help India  in their problem as well.

The country being in the list of twin balance sheet has significantly followed four key methods to resolve the issue.

Moving on, government which bore the financial loss of debt were discounted and debt equity swaps were allowed in case growth opportunity existed.

Apart from, the Korea government created Korea Asset Management Corp (KAMCO) and a NPA fund to fund and finance the purchase of NPAs.

Main objective of central bank of Korea was solely defined as maintaining price stability, which is why they created the Financial Supervisory Commission (FSC) to ensure an effective supervisory system in line with the universal banking practices.

Japan government made amendment in the foreign exchange control law and the threat of suspension of banking business in case of failure to satisfy the capital adequacy ratio was prescribed.

On the corporate front, major business group established a private standard settle vehicle for Japanese accounting standards (2001) in line with the international standards.

Spain and Ireland both developed large state-backed asset management companies underwhich they bought stressed assets at low valuations from banks and later executed these assets to those specializing in stressed asset investing and recovery.

Ireland had further set up a National Asset Management Agency (NAMA) in 2009 for a period of 10 years. So far, NAMA had taken over almost 74 billion euro in bad loans from Irish banks in the aftermath of the crisis.

Italy also had followed the securitization move just like China and Korea.

It would be wrong to say that India has not done much for NPA resolution compared to the other countries. In fact, powerful norms have been introduced but they lack in legal hindrance, time consuming nature of asset disposal process, postponement of the problem in order to repot higher earnings, manipulation by debtors using political issues.

One of the major key hurdle that RBI faces under NPAs resolution are losses that the banks are willing to take on the value of their bad loans.

So far, recapitalization has been low compared to other countries. China had injected $127 billion into the banking system during 2004-07, while the US Fed injected $2.27 trillion following the 2008 crisis. In contrast, India injected $17 billion only. 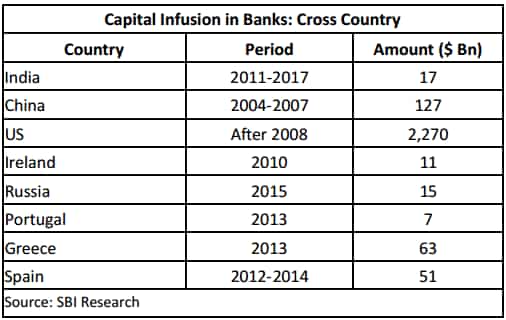 Many analysts have been suggesting secularization move for India to be a good thing.