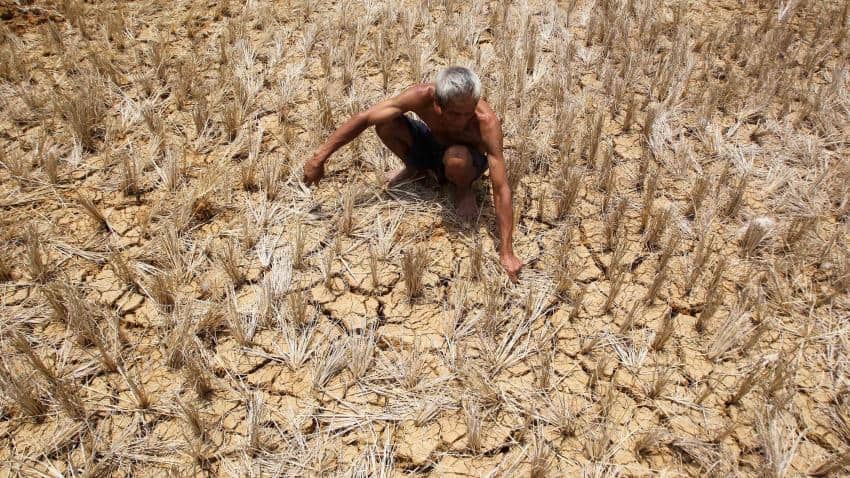 Amid reports of farmers dumping or refusing to harvest crops like tomatoes and peas due to a crash in prices as traders did not have the cash to purchase the produce. Image Source: IANS
Written By: IANS
RELATED NEWS

India`s cash-driven agri sector continues to reel under the effects of demonetisation, with farmers growing fruits and vegetables suffering "huge losses," say farm leaders who want the Union budget to "compensate" them for these losses.

Amid reports of farmers dumping or refusing to harvest crops like tomatoes and peas due to a crash in prices as traders did not have the cash to purchase the produce, farmer leader Ajay Vir Jakhar said, "Farmers growing perishables like fruits and vegetables have suffered losses of Rs 20,000 to Rs 50,000 per acre on an average.

Explaining the "very bad situation", farm leader Sudhir Panwar, President of Kisan Jagriti Manch, told IANS: "When the trader says that there is no money to purchase the crop, what is the way out for the farmer? Either sell at throwaway prices or dump the crop."

Fresh produce like vegetables and fruits are sold in cash, he said, adding that the trade remains affected even two-and-a-half-months after the government scrapped higher-value currency notes on November 8.

"Cheques are not used. And farmers are not entering into the new economic system (going cashless) that Prime Minister Narendra Modi has proposed. The result is a dip in prices," added Panwar, also member of the Planning Commission of Uttar Pradesh.

According to Jakhar, who is also Editor of agriculture magazines "Farmers` Forum" and "Krishak Samachar", "If the cost of harvesting the crop is as much as sowing, then the farmer will not harvest. If a farmer takes his produce to the market, and it is not sold, or the price is very low, he may dump the produce."

"Demonetisation has also severely impacted the future of cooperative banks," says Jakhar, a farmer from Punjab, adding that "farmers are hoping that Prime Minister Modi will compensate the loss in some way in the Union Budget onFebruary 1".

In the face of criticism that the move to scrap Rs 500 and Rs 1,000 notes had hit the Rabi sowing season, the government has maintained that, in fact, Rabi sowing (winter crop) acreage had gone up this year.

While Panwar noted that the Rabi sowing acreage figures is "data collated by the government", Jakhar does not think that sowing acreage was impacted due to demonetisation, but he pointed out that "the comparison is with a drought year". He added that Rabi sowing costs have gone up "and the quality gone down".

"What the government is telling us indirectly through this (higher Rabi sowing figure) is that money is not necessary for sowing," Panwal said.

"Otherwise how could a BJP MP say that the note ban helped farmers to correct their budget, or suggest they were spending money on alcohol, etc.," he said, referring to BJP MP and Kisan Morcha President Virendra Singh who said earlier this month that the biggest benefit of demonetisation was that it helped farmers avoid "fizul kharchi" (wasteful expenditure).

"This means the farmer can fare better without money," he added, with a touch of sarcasm.

For sowing, farmers purchase seeds, and when they do not have cash, they use seeds saved at home. "No good variety of seeds was used this year, or fertiliser. The sale of certified seeds and fertilisers was lower due to the note ban," said Panwar.

"Farmers use inferior or old seeds and less inputs... thus quality is hit," he says.

Demonetisation has not only hit agriculture, but also India`s vast informal sector -- artisans, semi-skilled workers, house construction workers, etc. -- that accounts for around 45 per cent of the GDP and nearly 80 per cent of employment, says Panwar.

"The vast informal sector was not paying tax, it is true. But they were providing employment, and wages, and these units in the informal sector have closed down due to the cash limit," he says.

"Now the stand of the government is that no one should operate without paying tax. The main purpose of this exercise (demonetisation) is that. And so, they have shut down their units, and those who were earning wages are now sitting idle."

While the cash situation has eased, the job scenario continues to remain bleak, says Panwar, adding that the note ban effect will be felt for quite some time.