Not Delhi, Maharashtra, Karnataka, Andhra Pradesh or Telangana, this Indian state is most vulnerable to climate change 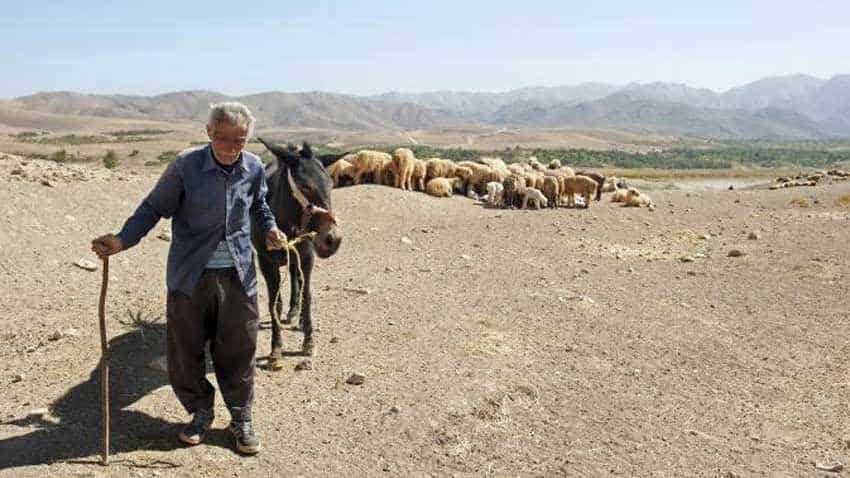 The assessment is significant for India as a majority of its population is dependent on agriculture which requires water. The Himalayas are a source of many rivers which supply this water. Reuters
Written By: ZeeBiz WebTeam
RELATED NEWS

Last remaining tropical glaciers will melt away in 10 years

The Himalayan region supports about 20 percent of the world's population. But the ecologically fragile region, the storehouse of the third-highest amount of frozen water on earth, is highly vulnerable to climate change. Among the 12 states in the Indian Himalayan Region (IHR), Assam is found to be the most vulnerable to the changing climate, according to a Department of Science and Technology (DST) vulnerability assessment.

The assessment is significant for India as a majority of its population is dependent on agriculture which requires water. The Himalayas are a source of many rivers which supply this water.

Bordering eight countries, the Himalayan mountain range is the tallest in the world. It covers an area of about 4.3 million square kilometers and nearly 1.5 billion people depend on it for water, food and energy. In India, the IHR spans across 12 states; Jammu and Kashmir, Himachal Pradesh, Uttarakhand, Sikkim, Arunachal Pradesh, Nagaland, Manipur, Mizoram, Tripura, Meghalaya, Assam and (hill districts of) West Bengal.

The vulnerability assessment was done on the basis of four major factors: Socio-economic, demographic status and health, the sensitivity of agricultural production, forest-dependent livelihoods and access to information services and infrastructure.

As per the assessment, the "vulnerability index is found to be the highest for Assam and Mizoram, followed by Jammu and Kashmir, Manipur, Meghalaya and West Bengal, Nagaland, Himachal Pradesh and Tripura, Arunachal Pradesh and Uttarakhand".

"Sikkim is the least vulnerable state," the assessment found.

The report, however, emphasised that "vulnerability is a relative measure, which means that this assessment does not portray Sikkim, Uttarakhand or Arunachal Pradesh as having a low vulnerability in an absolute sense".

"These states are least vulnerable relative to the other IHR states, and also have several inherent drivers of vulnerability that need to be addressed," the report said.

ALSO READ | These 7 stocks made people very rich this year. Look out for them in 2019

The study explained that states with low per capita income, the low area under irrigation, low area under forests per 1,000 households and high area under open forests will receive a high vulnerability score.

"For example, Assam has the least area under irrigation, least forest area available per 1,000 rural households and the second lowest per capita income among the other IHR states, and thus scores the highest vulnerability score," the report observed.

For Mizoram, the report said that "the state has a very high sensitivity of agriculture sector along with poor connectivity, access to information and infrastructure".

"The state has seven major drivers of vulnerability - highest yield variability, no area under crop insurance, largest area under open forests, and largest area under slope (more than 30 percent as compared to other states. It also has the second lowest percentage area under irrigation and the third lowest road density among the 12 states," the study said.

It identified factors such as "least road density, no area under crop insurance, low area under forests per 1,000 rural households, high percentage of marginal farmers, low percentage area under horticulture crops, low livestock to human ratio and low percentage of women in the overall workforce" as drivers of vulnerability for Jammu and Kashmir.

Meanwhile, stating that Himachal Pradesh is an interesting case, the report said that "this is one of the rare states that is neither the best nor the worst" in terms of factors considered for calculating the vulnerability.

"Relatively high vulnerability arising out of lack of irrigation has been compensated by the fact that the yield variability of food grains is much lower in the state, leading to not so high sensitivity of agricultural production. Similarly, while per household availability of forest land is relatively lower in the state, there is no predominance of open forest. While the first lowers the adaptive capacity, the second leads to lower sensitivity, canceling each other in a way," the report noted.

The study was supported by the Indian Himalayas Climate Adaptation Programme (IHCAP), which is a project of the Swiss Agency for Development and Cooperation (SDC). IHCAP is a bilateral programme between the government of Switzerland and the Indian government to support the implementation of India`s National Mission for Sustaining the Himalayan Ecosystem (NMSHE).

The NMSHE is part of India`s National Action Plan on Climate Change (NAPCC) and aims to better understand the linkages between climate change and the Himalayan ecosystem for improved management of the fragile ecosystem.

The Himalayas vital to ecological security of India

In a message accompanying the report, India`s environment minister Harsh Vardhan emphasised that "any impact in the Himalayas would mean an effect on the life of millions of people not only of India but also of entire subcontinent."

"The Himalayan ecosystem is vulnerable to the impacts and consequences of various climatic and non-climatic factors. These include changes on account of natural causes, climate change resulting from anthropogenic emissions and developmental pathways," Harsh Vardhan said.

The study highlighted that the Himalayan ecosystem is vital to the ecological security of the Indian landmass as it plays a crucial role in providing forest cover, feeding perennial rivers that are the source of drinking water, irrigation, and hydropower, conserving biodiversity, providing a rich base for high-value agriculture and spectacular landscapes for sustainable tourism.

But, as per the study, mountainous regions are one of the most fragile environments across the world and other preliminary studies reveal that the IHR will experience higher levels of climate change and its associated impacts.

Last remaining tropical glaciers will melt away in 10 years