No place for cane growers in Centre's farm package

A big relief package for the distressed farmers in the country is set to be announced soon but the sugarcane growers, who have pending arrears of around Rs 19,000 crore, are likely to be left out as a fallout of the tiff between the millers and the government. 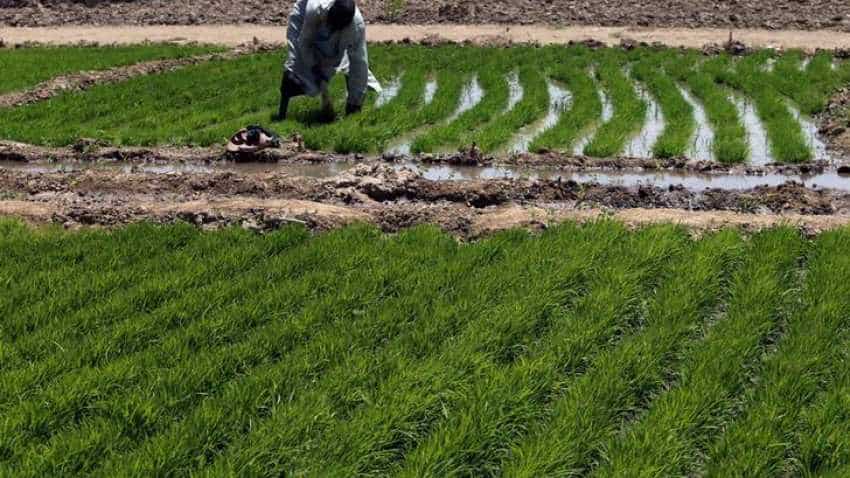 While there is no proposal for any package from the Food Ministry, the PMO may take a different view of the issue considering the upcoming general elections, an official said. Image source: Reuters

A big relief package for the distressed farmers in the country is set to be announced soon but the sugarcane growers, who have pending arrears of around Rs 19,000 crore, are likely to be left out as a fallout of the tiff between the millers and the government. An official close to the development said the sugar industry had been told categorically that no package for sugarcane sector can be expected now as the government in September last year provided a package worth Rs 5,500 crore to support the sugar sector by way of offsetting cost of cane and facilitating export of sugar from the country.

"The government has provided all possible help to the sector. We cannot step in again so that millers can make profits. Our objective is restricted to help the industry to clear dues to farmers," the official told IANS. While there is no proposal for any package from the Food Ministry, the PMO may take a different view of the issue considering the upcoming general elections, the official added.

Sugarcane is closely associated with the politics of Maharashtra and Uttar Pradesh. The Modi government had announced sops for the sugar industry in June last year, days after the BJP lost by-poll in the Kairana Lok Sabha constituency in the sugar belt in western Uttar Pradesh.

In the last two months, the millers have made several demands to the government for assistance in terms of bridge loan and increase in Minimum Selling Price (MSP) to improve cash liquidity to enable them to release cane payments.

Last month, NCP chief and de facto sugar leader in Maharashtra Sharad Pawar wrote to Prime Minister Narendra Modi seeking the government`s intervention for the release of collateral sugar held with the public sector banks (PSBs) to boost exports which were stuck due to the difference in subsidy payment.

"I understand that the banks want a written assurance that the government subsidy amount will eventually be credited in their accounts. Based on this they are willing to release the pledged sugar stocks for exports. Therefore this imbroglio needs to be resolved on very urgent basis to avoid mass scale revolt of sugarcane farmers," said Pawar in the letter.

Farmer leader and parliamentarian Raju Shetti asked why did not the government increase the MSP when the Fair and Remunerative Price (FRP) - cost paid by millers to farmers for cane - increased by Rs 20 to Rs 275 a quintal this year.

"This government is not serious. I am myself a farmer. Farmers are in distress. But I can see how the government is trying to create a rift between millers and farmers," Shetti said.

Officials in the Food Ministry are questioning why the millers failed to export seven million tonnes under Minimum Indicative Export Quota (MIEQ) with the government compensating the expenses towards internal transport, freight, handling and other charges.

The industry bodies, Indian Sugar Mills Association (ISMA) and National Federation of Cooperative Sugar Factories (NFCSF), have claimed that the ex-mill price of sugar is over Rs 34 per kg but the Minimum Selling Price Price (MSP) is Rs 29 per kg. They want the MSP to be increased to Rs 34 per kg.

A person linked to one of these bodies said the drop in the crude oil prices had led to the reduction in the demand of ethanol, which had forced the industry in Brazil to shift focus back on the sugar production.

In order to help millers clear farmers` dues, the government has also decided to provide financial assistance to sugar mills at the rate of Rs 13.88 per quintal of cane crushed in sugar season 2018-19 to offset the cost of cane. However, the millers found it "inadequate".

According to the latest figures by the ISMA, the cane price arrears as on December 31 was around Rs 19,000 crore including Rs 2,800 crore of arrears of the previous season as against Rs10,600 crore during the corresponding period last year.

Total output in sugar season 2018-19 starting in October is expected to be between 31-32 million tonnes.