No Bank strike! These lenders to remain open; SBI, PNB, BoB, others may go off for 5 days - Check details

Bank Strike News Today: A bank strike has been called today by the union of public sector bank officers. 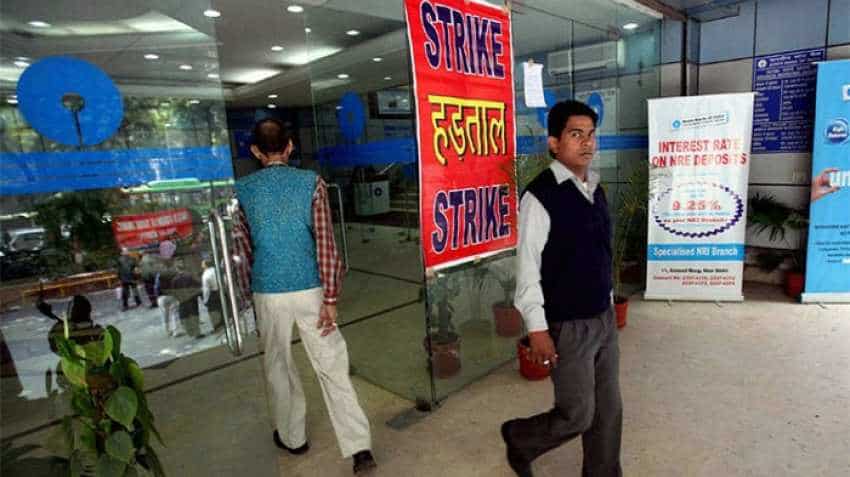 Bank Strike News Today: A bank strike has been called today by the union of public sector bank officers. They are protesting against the merger of state-owned banks. They are also demanding immediate wage revision.  This means, while the public sector banks like SBI, PNB, Bank of Baroda etc may be closed because of the strike called by the union, business will continue as usual in private sector banks like ICICI, HDFC, Kotak Mahindra etc. The Public Sector bank strike has been called by the All India Bank Officers’ Confederation. The strike may hit banking operations of public sector lenders across the country.

Most of the public sector banks have already informed their customers about the strike and its impact on their normal banking operation. The United Forum of Bank Unions is an umbrella body of the top nine bank unions. It has decided to observe a strike on December 26 also.

Taking into account these two days of unions' strike and other holidays, public sector banks would be closed for most of the extended Christmas weekend. Most of these bank branches will be open only for a day between this Friday and next Wednesday.

Till December 26, there are three holidays - fourth Saturday on December 22, then Sunday and then Christmas on Tuesday.

AIBOC joint general secretary Ravinder Gupta was quoted as saying by PTI, “We have demanded wage revision based on the minimum wages formula without linking to profits or paying capacity.”

The union has also opposed the proposed merger Bank of Baroda, Dena Bank and Vijaya Bank.

Charanjit, deputy general secretary Canara Bank Officers’ Association, an affiliate of AIBOC said as of now many major banks have not given the mandate, few banks have given mandate to IBA for negotiating only up to Scale III officers.

Such fractured mandate will be resulting in deep cut of allocated funds meant for distributing among the various heads of pay slip components, Gupta said.