After successfully implementing several big infrastructure projects across the country in his first term, Union Minister of Road Transport and Highways Nitin Gadkari has an additional responsibility in the second term of PM Narendra Modi-led Union government 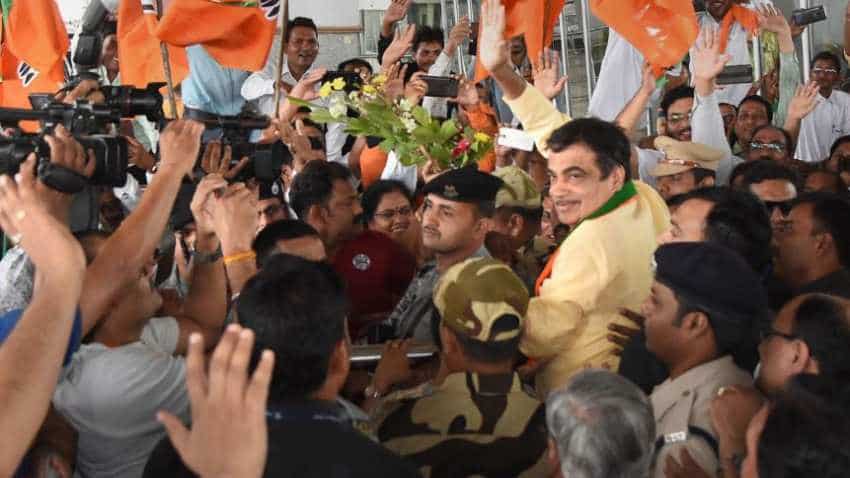 After successfully implementing several big infrastructure projects across the country in his first term, Union Minister of Road Transport and Highways Nitin Gadkari has an additional responsibility in the second term of PM Narendra Modi-led Union government at the Centre. Apart from his previous ministry from the first term, Gadkari has now been assigned the task of running the micro, small and medium enterprises (MSME) ministry. The MSME ministry is important - both in terms of the economics of the country as well as politics. The industry has the potential to employ the largest number of people in the country and if nurtured carefully, it can become the big job creator India needs currently. This could be politically significant as well. And, Gadkari has his eyes set on the target.

Soon after taking charge of the MSME ministry, Gadkari said on Saturday that he would work with full strength to increase job opportunities in the sector. The popular minister said he has set a new target of laying 40 km of road every day over the next one-and-a-half years.

While speaking to reporters at his residence in Nagpur, Gadkari talked about his new responsibility of the MSME Ministry. News agency PTI quoted him as saying, "This portfolio is associated with the most important issue - the country's growth rate and employment potential. And it is the PM's expectation that employment should increase from this sector, which is very low now and there should be creation of employment".

"I will work with my full strength on this factor," he added.

Gadkari also said that he has decided to create roadside amenities across the country. "I got an opportunity to work on road transport...This time, I have decided to plant 125 crore trees, as much as the country's population, along the roads in the next five years."

"I am thinking to work on creating roadside amenities in a big way and 2,000 such amenities would be set up. Work has started on the Mumbai-Delhi Expressway and 12 other expressway projects will be completed in next three months," he said.