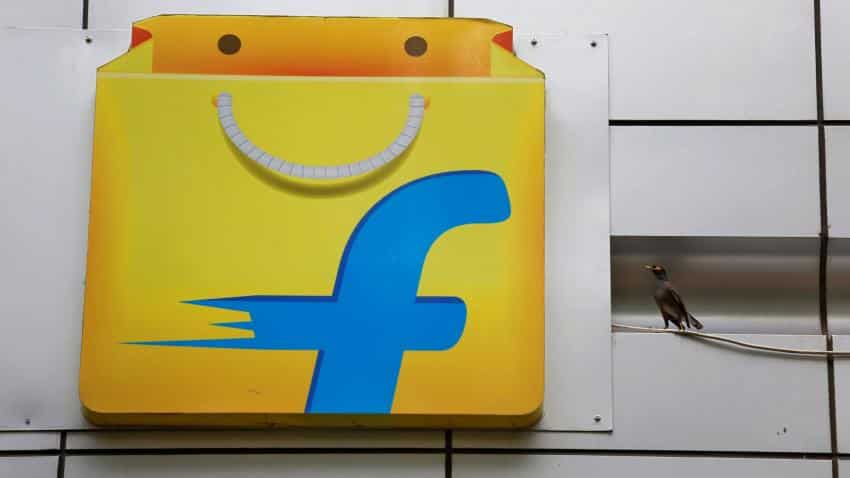 The deal should be welcomed and it becomes more important because it was made in accordance with the existing foreign direct investment (FDI) norms, Rajiv Kumar, Vice-Chairperson, NITI Aayog says. Image source: Reuters
Written By: ZeeBiz WebTeam
RELATED NEWS

Walmart has acquired India's largest e-retailer in the world's biggest e-commerce deal for $16 bn and the transaction has been welcomed at the highest levels of government. Rajiv Kumar, Vice-Chairperson, NITI Aayog, in an exclusive interview with Zee Business's  Prakash Priyadrshi said the Walmart-Flipkart deal will have a positive impact on India's foreign investment inflows. He also said that the deal is as per India's foreign direct investment (FDI) norms. Here are edited excerpts from a comprehensive interview:

Q: Walmart, the largest retail company in the world, has purchased 77 per cent of Flipkart, India's largest e-commerce company. It is believed that the Walmart-Flipkart deal is the biggest deal in the world of e-commerce. What is your view on this?
A: The deal between the world's largest retail company and India's largest e-commerce company will definitely attract world's attention and encourage other investors to plan investments in India. In short, it is going to have a positive impact on India's FDI inflows. The deal should be welcomed and it becomes more important because it was made in accordance with the existing foreign direct investment (FDI) norms. Earlier, Walmart was waiting for changes in FDI norms. Press note 3 clearly mentions that 100 per cent FDI is allowed for Business-to-Business (B2B) e-commerce platforms.
In addition, Walmart deal is the beginning and will drive more companies to enter India and invest here. I would also like to inform that soon Boeing will be manufacturing its components in India.

Q: But the deal is being opposed in a way as if Walmart is taking back-door entry in the Indian market and will soon subsume the retail market of the country. What is your opinion on this at least when several trade associations have started their protest against the deal?
A: I think Walmart's entry will modernise and renew the Indian retail industry and opposing such a move is not a good step. The deal will benefit the small and medium scale traders most. As they will be able to buy quality products at low prices from the platform and sell it to their customers. Walmart's biggest feature is that it tries to sell their items at the least price. I would ask the traders associations to support the deal as it is beneficial for the country.

Q: A concern is being raised that now India will turn out to be a dumping ground for products from around the world. With this, Indian products will not be able to get a level playing field and may lead to job losses of about 3 lakh people associated with the retail sector. Is it true?
A: I don't think that there is any truth in the claims. Because, everyone is aware of the cap on imports and thus, the imports cannot have a great impact on the locally manufactured products.
Secondly, we also have other e-commerce companies in India like Amazon and they have had no impact on the sale of local products. I can say that 75-80 per cent of the goods sold at those platforms is locally produced in India. Ironically, they will be doing the same work that was being done by Flipkart. And Flipkart never turned the country into a dumping ground of foreign products.
Secondly, I think good quality employment will be born from this deal for the youths of the country.

Q: Walmart-Flipkart deal will bring in FDI worth about 16 billion dollars and earlier, you were saying that more doors of investment will be opened in India. Can you tell something about the kind of time frame involved, especially for the retail segment?
A: Let us talk about the defence sector instead of the retail segment. FDI norms for the defence sector has been liberalised by the government. Liberalising the FDI norms in the sector, which imports much of its products, will definitely bring big companies with big investments under Make in India initiative.
Apart from this, our economy which is a 2.5 trillion dollar, at present, will grow to be a 4 trillion dollar by 2022 and 8 to 9 trillion dollars by 2030. OECD estimates say that by 2047, the Indian economy will be the first or second largest economy in the world. Following this, I can say that our market is going to expand like anything in the coming future and a lot of investment is about the come. Our infrastructure needs an investment of at least 1 trillion dollars in next five years and they will come.
Till date, people were reluctant but the arrival of Walmart will send a message to the investors that the Ease of Business has been eased and the way of working is changing in the country.

Q: Can you name some sectors that can attract FDI to the country?
A: Sectors like defence, construction, electric vehicle and agro-processing can pull big FDI into the country.