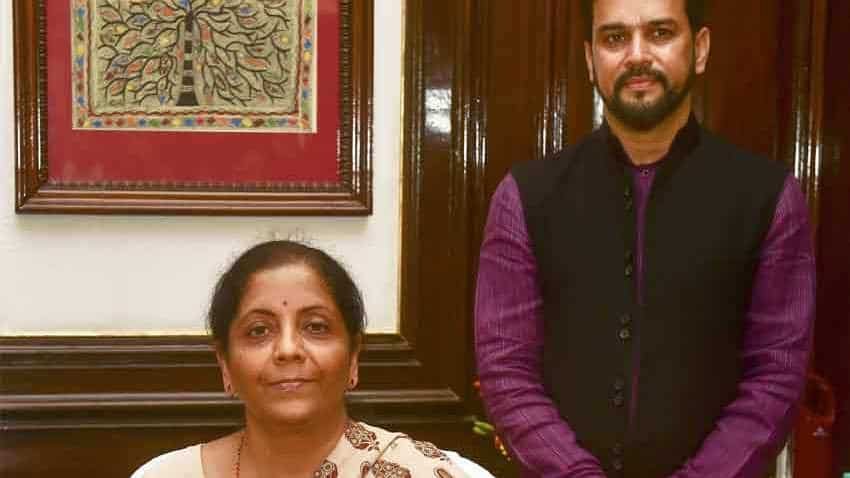 Former defence minister Nirmala Sitharaman created history on Friday afternoon when she took charge as the first full-time woman Finance Minister of India. The 60-year-old faces the tough task to steer the country out of an imminent economic slowdown and address challenges like job creation, mounting bad loans and stimulating investment. Last year, Sitharaman had become the first full-time woman Defence Minister in Modi government's first term. Before her, only Indira Gandhi had taken up the post as interim finance minister in 1970-71.

Sitharaman succeeds Arun Jaitley, who earlier this week wrote to Prime Minister Narendra Modi saying he does not want to continue in ministerial position in the government due to health reasons. She is considered by to be a protege of Jaitley, held the charge of Minister of State for Finance and MoS independent charge of Commerce Ministry in 2014. In September 2017, she was appointed Defence Minister of India - the first woman to hold the portfolio. She drove to the official residence of her predecessor before taking charge of the ministry.

Minister of State in the finance ministry Anurag Thakur also assumed charge on Friday afternoon. Thakur is the son of former chief minister Prem Kumar Dhumal and had won the Hamirpur constituency for the fourth time by defeating Ram Lal Thakur of the Congress by nearly four lakh votes, a record margin for the constituency.

The 44-year-old Thakur was also the president of the Board of Control for Cricket in India (BCCI) from May 2016 to February 2017.