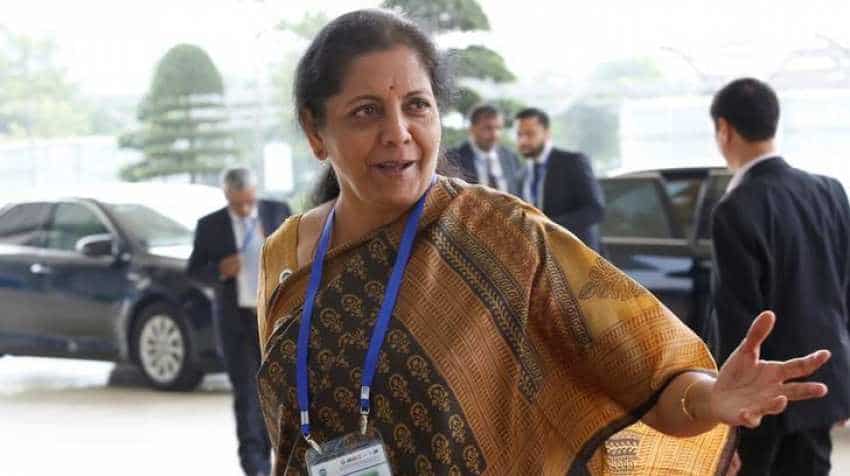 On the appointment of Nirmala Sitharaman as new Finance Minister of India, majority of experts have welcomed the move with open arms. Photo: Reuters

On the appointment of Nirmala Sitharaman as new Finance Minister of India, majority of experts have welcomed the move with open arms and believe she will support Indian economy going forward. Sitharaman has taken over from Arun Jaitley who requested PM Narendra Modi not to consider him for the post due to health issues. Sitharaman is also in charge of the Ministry of Corporate Affairs. Sitharaman has been a member of upper house Rajya Sabha since 2016.

Here’s what you must know about Sitharaman:

She was the second female defence minister, and now has also become the second female Minister of Finance. Sitharaman age 59, joined the Bharatiya Janata Party (BJP) back in 2008. She also served as a spokesperson for the party since then. During the 2014 election period, Sitharaman was given place in Narendra Modi’s cabinet as a junior minister, later in June 2014 she was also elected as a Rajya Sabha member from Andhra Pradesh.

Sitharaman was also among 12 candidates who were nominated by BJP to contest the Rajya Sabha elections in May 2016 which was due on June 11, 2016, where she successfully challenged her seat from Karnataka. In the month of September 2017, Sitharaman scored the Defence Minister position, being the first woman in over four decades to bag the position after Indira Gandhi who held a similar post back in 1975.

Arindam Chanda, CEO, IIFL Securities Ltd said, "Expectations would be high for a professional economist like Nirmala Sitharaman  . The major challenges for her would be kick-starting the economy. This would require multi-pronged approach, but ensuring liquidity to NBFCs, MSME focus to create more jobs and tax reforms which in turn would revive demands will be key. Quick changes in IBC processes and faster divestment can release capital. In more than one way, government need to work out innovative schemes to revive investment in economy, with favorable image of central leader, FDI flow should be the low hanging fruit to focus on”.

Parth Nayati, Co-Founder and COO, Trading Bells said, “When the announcement of our new finance minister – Nirmala Sitharaman was made, Nifty took a sharp turn downwards by 50 points, however, it later recovered almost entirely from this fall. Before being the first full-time female Defense Minister of India, she was the Minister of State for Ministry of Commerce & Industry. She’s done good work with all portfolios that she’s handled. We expect the markets to be neutral towards this news in the coming week. It will wait and watch for any major decisions that could be taken at a later stage."

Meanwhile,  Garima Kapoor, Economist, Elara Capital said, "This allocation has come as a surprise, but I would say Nirmala has done a fairly good job as defence minister and she has proved her acumen. I think she fits the bill better than anyone else. After Jaitley, she's the best bet that Modi could have had as she has worked under the finance ministry as MoS, has domain knowledge as she has economics post graduate and has also worked in the sector, so all the main boxes are ticked."

"Nirmala also did a fantastic job defending the Rafale deal in parliament, and did a good a job in whatever little time she was handling defence, so this may also be kind of a reward for a job well done. Simplification of GST, measures to revive consumption, recapitalization of PSU Banks and addressing the dislocation in financial sector esp NBFCs remains key tasks to address," said Kapoor.

Further, Amar Ambani, President & Research Head, YES Securities said, "Hon. Ms Nirmala Sitharaman is an excellent choice as Finance Minister, in Hon. PM Modi’s 2.0 cabinet team of ministers. Besides having relevant qualifications as MA in Economics, she has played varied roles in corporate life, including work related to field of economics. In her political career, Ms Sitharaman has served as MOS with independent charge for Finance and Corporate Affairs, as well as minister of Commerce and Industry for three years. This qualifies her for the big role and we remain hopeful, seeing her illustrious record. She has done justice to the portfolios managed so far, whether as national spokesperson or even as Defence minister, with facts and figures in place. She has a strong personality and seems like a task-master with an eye for detail; qualities that are much needed to bring sweeping change.”