The government is to set to introduce a new Rs 100 coin with the image of former prime minister Atal Bihari Vajpayee. 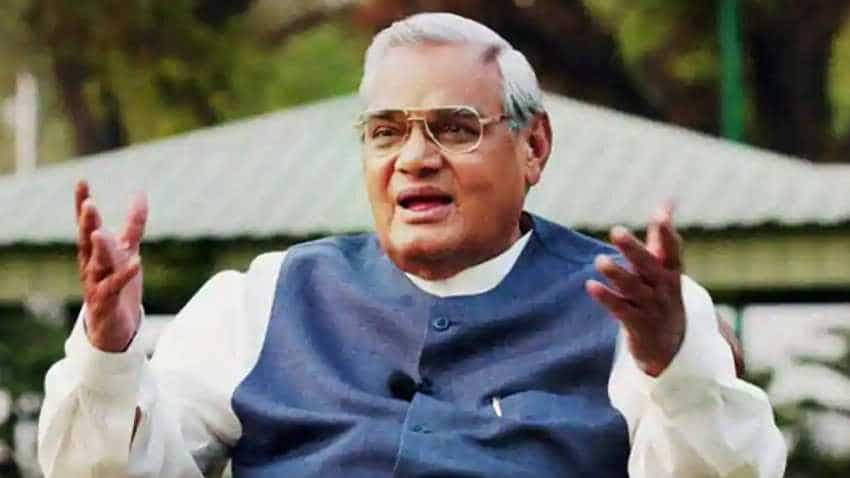 The government is to set to introduce a new Rs 100 coin with the image of former prime minister Atal Bihari Vajpayee. One side of the coin will have a portrait of Atal Bihari Vajpayee with his name inscribed in the Devanagari script as well as English. At the bottom of the image years 1924 and 2018 - his birth and death years will be inscribed.

The new coin will weigh 135 grams and will bear the Lion Capitol of Ashoka Pillar in the centre with "Satyameva Jayate" inscribed below in the Devanagari script on the other side, reported NDTV, citing an official statement. The left periphery will have 'Bharat' inscribed in Devanagari while the right side will have 'India' inscribed in English.

Atal Bihari Vajpayee passed away on August 16 this year at the age of 93. He had served as prime minister as many as three times - 13 days in 1996, 13 months in 1998 and for almost six years from 1999. The Uttarakhand government has already decided to rename the Dehradun airport after the former prime minister while Lucknow's famous 'Hazratganj Chauraha' will be renamed after him as 'Atal Chowk'.

The proposal rename the Jolly Airport after Atal Bihari Vajpayee was approved by the state cabinet at a meeting chaired by Chief Minister Trivendra Singh Rawat last month. The cabinet has cleared a total of 27 proposals, including convening a three-day Winter Session of the Assembly from December 4.

Last month, the government had also announced that it will release a Rs 75 coin to commemorate the 75th anniversary of Netaji Subhash Chandra Bose. A notification issued by the Ministry of Finance, said that the new coin will be made out of 50 per cent silver, 40 per cent copper, and 5 per cent each of nickel and zinc, and will weigh 35 grams.

"The coin of seventy-five rupees denomination shall only be coined at the Mint for issue under the authority of the central government on the occasion of '75th Anniversary of Hoisting of Tricolour' for the first time by Netaji Subhash Chandra Bose at Port Blair," the Finance Ministry notification had read.

This coin will bear the portrait of 'Netaji Subhash Chandra Bose' saluting the tricolour on the background of Cellular Jail in Port Blair.