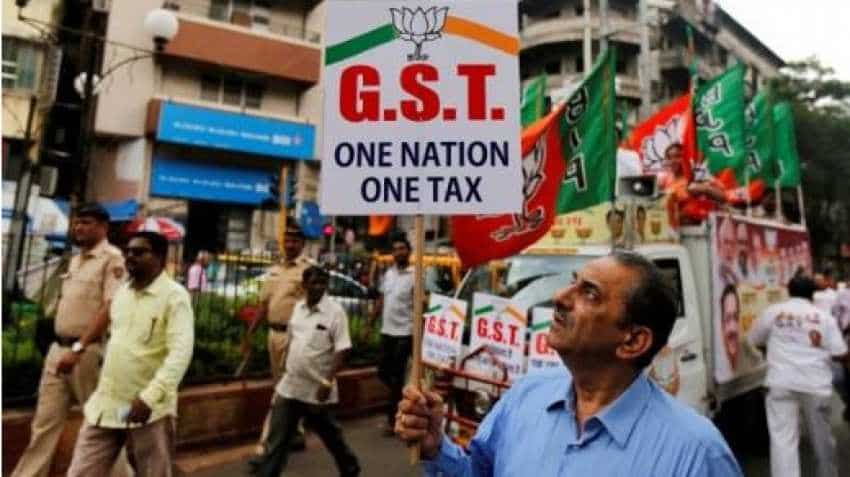 The new simplified returns formats and business processes were approved by the GST Council in a meeting on July 21. Representational Image/Reuters File
Written By: ZeeBiz WebTeam
RELATED NEWS

New GST Return System: The government of India led by Prime Minister Narendra Modi is ready with a new GST return system. But it may be delayed in a bid to not trouble traders ahead of Lok Sabha polls, says a media report. The new system is said to be featuring a simplified format for filing monthly GST returns.

A report by The Hindu BusinessLine today quoted two people familiar with the development as saying that a decision to implement the new return system will have to be taken by the GST Council. However, the time is not yet right for the rollout of the new format in the wake of upcoming Lok Sabha elections.

With the government holding the rollout of the new system, the report said, taxpayers would continue to file GSTR-3B returns until May or June next year.

As per the report, work on the IT architecture and business processes for the newly monthly returns is "going as per schedule". The original system requires traders to file three returns in a month. This is very cumbersome and has also been linked to alleged revenue leak. Even as the new system will be very simple, its rollout will likely disrupt the government's plan to facilitate small and medium enterprises before 2019 elections.

What the new system says?

The new simplified returns formats and business processes were approved by the GST Council in a meeting on July 21. The new system would require all taxpayers to file one monthly return with only two main tables of outward supplies and input tax credits availed by them. Small taxpayers and some others would be exempted from filing the monthly return. There will also be an option for taxpayers with a turnover below Rs 5 crore to file quarterly returns.

The GST council had approved the following in its last meeting (Source: GST council release):

- All taxpayers excluding small taxpayers and a few exceptions like ISD etc. shall file one monthly return. The return is simple with two main tables. One for reporting outward supplies and one for availing input tax credit based on invoices uploaded by the supplier.

- Taxpayers would have facility to create his profile based on nature of supplies made and received. The fields of information which a taxpayer would be shown and would be required to fill in the return would depend on his profile.

- NIL return filers (no purchase and no sale) shall be given facility to file return by sending SMS.

- Quarterly filing of return for the small taxpayers having turnover below Rs. 5 Cr as an optional facility is allowed. Quarterly return shall be similar to main return with monthly payment facility but for two kinds of registered persons – small traders making only B2C supply or making B2B + B2C supply. For such taxpayers, simplified returns have been designed called Sahaj and Sugam.

- In Sahaj and Sugam, these returns details of information required to be filled is lesser than that in the regular return.

- The new return design provides facility for amendment of invoice and also other details filed in the return. Amendment shall be carried out by filing of a return called amendment return.

- Payment would be allowed to be made through the amendment return as it will help save interest liability for the taxpayers. 93% of the taxpayers have a turnover of less than Rs 5 Cr and these taxpayers would benefit substantially from the simplification measures proposed improving their ease of doing business.

- Even the large taxpayers would find the design of new return quite user friendly.